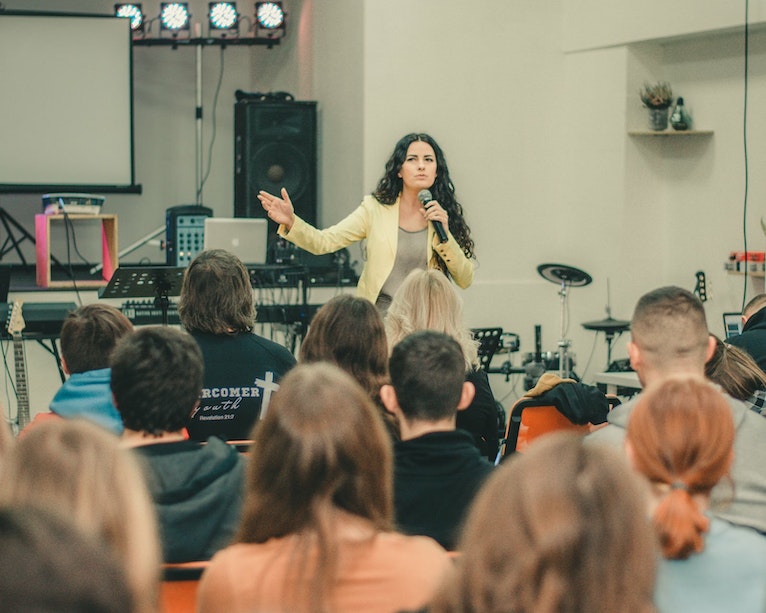 Lika regularly hosts ReFrame events in partnership with local churches across Ukraine. She was planning one such event for this Sunday (2/27).

This page will continue to be updated as the situation between Ukraine and Russia evolves, and as we hear more from our ministry partners in Russia, Ukraine, and the United States.

For most of 2022, ReFrame’s partners in Russian-language ministry have been closely monitoring the rising tensions in Eastern Europe. Costs for electricity have risen dramatically for some radio stations where our programs air and many of our followers in Kazakhstan lost access to the internet for several days during a large-scale protest in early January.

The events that took place early Thursday morning on February 24 came as a devastating shock.

“To the very end, I didn't see something like this coming,” said Sergei Sosedkin, ReFrame’s Russian ministry leader. “I imagined there would be a smaller incursion, but nothing like this.” Sergei and his wife, Olena, are currently living in the United States. Still, he’s been in close contact with ministry partners in Ukraine and Russia, especially in the days leading up to Thursday’s attacks across Ukraine.

ReFrame’s Russian ministry partners include Lika R. (last name omitted for her privacy) who lives in Ukraine, in the capital of Kiev. Early on the morning of the 24th, as Russia’s President Vladimir Putin announced the recognition of Ukraine's two breakaway regions, she and her mother began to travel west to their hometown.

Two of our affiliate radio stations in Ukraine have reportedly been destroyed in the fighting. Most of our radio production now takes place in Portland, Oregon, and continues to reach Christians in Ukraine from radio stations that are still operating or over the internet.

Lika has traveled to Poland, where she is working with fellow Ukrainian refugees. She is still looking at long-term living plans. "Lika is never one to remain idle," said Kurt Selles, ReFrame's director, "she has been ministering to the women and children in her shelter, supporting, encouraging, and praying with them. She has also spoken in church services for Ukrainian refugees as well as recording live-stream messages and interviews."

Lika shared a powerful story about her work in Poland.

“I was invited to serve at a meeting with Ukrainian women and children who fled the war,” Lika shared. “The kids cut out and painted little paper hearts and wrote a prayer to God on them. They sang a song of prayer for Ukraine and went outside, tied these prayers to balloons, and released them into the sky with words of gratitude to Jesus."

ReFrame’s other ministry panthers are located in Moscow and St. Petersburg, Russia.

"We don't yet know what this means for the radio and internet ministry, let alone for Ukraine, for Russia, or for the world,” added Sergei. “We will continue deriving our comfort from the good news of Jesus Christ and that God is still in control—even if we don’t see how that can be right now.”Update: The major social media websites (Facebook and Twitter) have been shut down, making it more difficult to reach our online audiences. Still, we are continuting to produce content the points to Jesus as the Prince of Peace.

Kurt Selles asks for your prayers as the situation unfolds. " We pray for the people of Ukraine, we pray for peace to prevail, we pray for an appropriate response, and we pray for our partners there."

ReFrame’s staff also joined in prayer, hearing updates from Sergei, praying together, and reading a prayer from crosswalk.com. May the words from that prayer also guide your prayers today.

We thank you that in every situation, every dark moment, you are active and working among us. Even when things seem at their bleakest, we trust in your sovereignty and strength. In John 16:33 you said, “in this world you will have trouble. But take heart! I have overcome the world.” We embrace the fact that this world and the troubles we face in it have been overcome, and rest in the knowledge that you have the power to move in any and every situation.

As we watch war unfold in Ukraine, we ask for your grace and peace to rule in the hearts and minds of all involved.