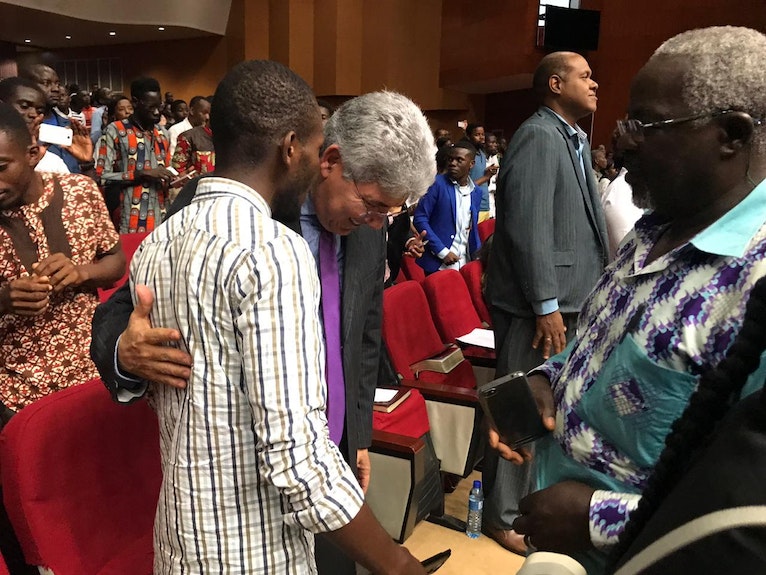 “Hello! I am an ordinary Chinese Christian living in Japan. Every night before I sleep I listen to the Chinese Today devotional as part of my quiet time. Thank you so much! May God be with all the brothers and sisters who trust in his name! Amen!”

Messages like this serve as an exciting reminder that many of ReFrame Ministries’s (BTGMI) programs can reach people beyond the country where they are produced thanks to the internet. BTGMI’s English and Portuguese ministries also had recent such experiences.

As a children’s ministry pastor in Aberdeen, Scotland, Sarah was searching the internet for resources that she could recommend to families in her church when she found ReFrame Media’s Kids Corner website.

“I love that you have created a website to help kids engage with God in their everyday online lives,” Sarah wrote. “Ace Job!”

Since Sarah’s initial web search, she has been happy to share Kids Corner resources with her church while also helping Kids Corner staff evaluate their content from an outside perspective.

“I love that you guys are wanting to connect with people within kid's ministry,” said Sarah. “It's just always good to be inspired by and connected with folks who are chasing after the same thing.”

Rev. Hernandes Dias Lopes, BTGMI’s Portuguese ministry leader, has a growing number of followers in Angola, many of whom follow his internet-based writing. In March 2019, Lopes traveled from Brazil to visit several churches in Angola that were filled with people who wanted to hear the Gospel message.

Since that visit, the Portuguese ministry team raised support with a local church in Brazil in order to send about 20,000 print copies of the Cada Dia (Every Day) devotional to Angola.

“Thank you for the impactful way your preaching has strengthened my spirit,” a pastor named Artur shared with Lopes. “I have learned from you every day. Keep being this vessel in the hands of the Lord, so that together we can take the Gospel of the kingdom to the ends of the earth.”

Praise God for these unexpected responses in an interconnected world.