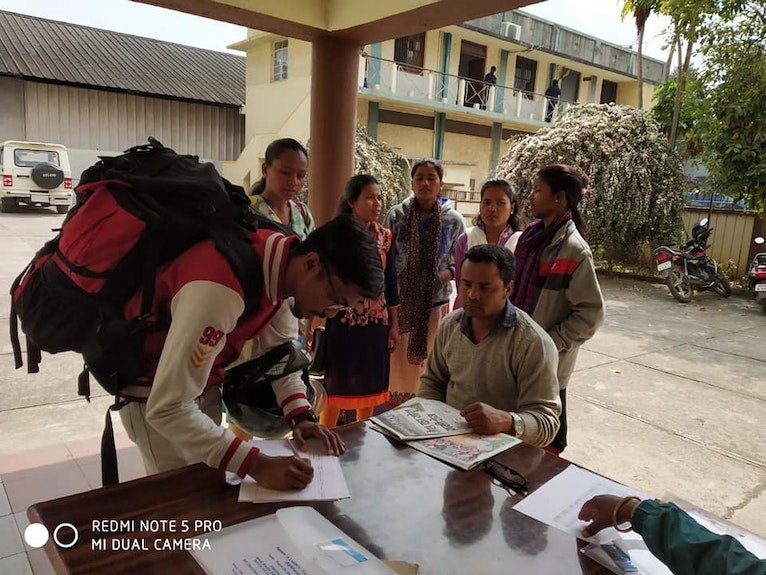 The Christian church in India is growing one word at a time.

That’s the vision that our Hindi ministry team has as they host several workshops for Christian writers every year.

“Writers are being challenged to commit themselves to transformative writing to build our churches, society, and our nation,” says a member of the Hindi ministry team.

Stories from past attendees like Arvind demonstrate that the workshops’ long-lasting impact.

Arvind first attended a workshop in 2015. Shortly after that, he began writing a Christmas-themed drama that was ultimately published in the Hindi ministry team’s magazine, Masihi Ahwan (Christian Calling).

“I received so many calls and letters of appreciation after it was published,” said Arvind. “My drama was played in few churches also. I am glad for the opportunity to be part of this ministry.”

Since that first Christmas drama, Arvind has written several more pieces for Masihi Ahwan and the church where he is now a pastor. The Hindi ministry team distributes about 1,500 of these magazines throughout India every month in addition to their online readership.

“Not only are the readers blessed, but the writers are also blessed and encouraged,” says BTGMI’s Hindi ministry team.

Arvind was one of 70 writers, editors, and publishers gathered for the most recent writers’ conference, which took place last week, October 15-18.

“We had many senior authors including Arvind who were recognized for their remarkable contributions in Hindi literature over the years,” reports the Hindi ministry team.

At the workshop, Arvind shared how he has seen his improved writing skills—along with the wide distribution of his work through Masihi Ahwan—contribute to growing God’s Kingdom.

“A lot of younger writers were at this workshop for the first time this fall,” says the Hindi ministry team. “They benefited greatly by hearing from people like Arvind.”

The Hindi ministry team asks you to pray for these ongoing workshops as well as the print ministry team. In the past year, it has become more difficult to mail copies of Masihi Ahwan along with other Christian literature this year due to new postal laws in India.