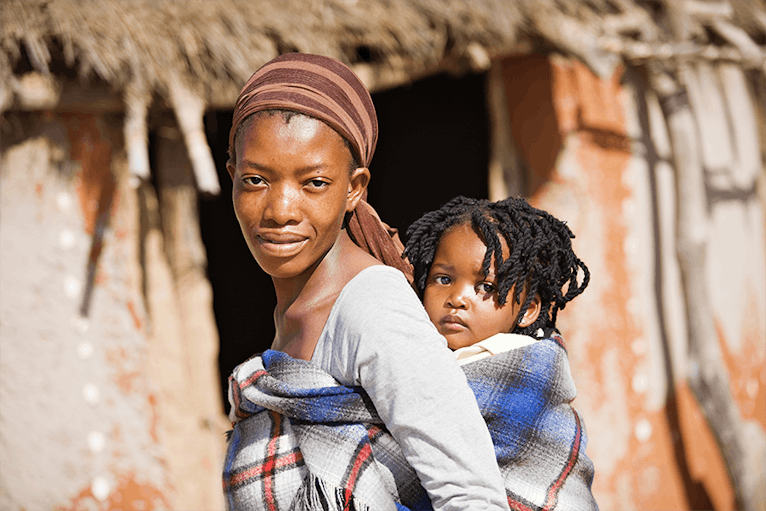 The first time Bahati* heard biblical radio messages at her home in Niger, she was intrigued. She began listening as often as she could, but always in secret. Then one day, her father caught her.

Hearing the words from the radio speaker, Bahati’s father began questioning her. She knew she couldn’t hide it any longer so she told her father that she had left Islam behind to become a Christian.

Bahati’s father kicked her and her three-year-old daughter out of the house. He also told all the people who had employed her that she had become a Christian. They then fired her, leaving her homeless and without an income.

“Bahati had made her living cleaning houses, and gone home at night after work,” says Rev. Marc Nabie, ReFrame’s French ministry leader in West Africa. “But now, because of her belief in Jesus, she and her daughter were forced to sleep under a tree.”

Bahati's situation is similar to what many of BTGMI’s French ministry listeners are facing throughout West Africa. Growing tensions between Christians and some Islamic sects are resulting in horrific violence.

“A priest and 16 of his church's members have already been killed, another priest kidnapped and is still missing,” reported Nabie.

In response, BTGMI’s French ministry team is developing a series of messages sharing biblical views on peace, justice, tolerance, unity, and reconciliation. The series will also provide churches with security advice and provide material and psychological assistance to affected Christians.

“We hope to bring a message of peace, and be salt and light in the darkness,” Nabie added.

Eventually, Bahati decided to make her way to the offices in Niger where ReFrame and Words of Hope—the media ministry associated with the Reformed Church in America—partner to broadcast messages like the ones Bahati heard.

“We connected Bahati and her daughter to a local church where she now worships and is receiving help as she gets back on her feet,” shares a BTGMI ministry partner in Niger.

In spite of all that she’s lost, Bahati is thankful. She’s thankful to be part of God’s family and for the radio messages she heard.

Tensions between Muslims and Christians in Burkina Faso are only getting worse. Pray that the new radio messages will contribute to peacebuilding efforts in the region. As more people like Bahati seek help, pray for ministry staff and churches as they discern the best way to help.

Touring China With a Purpose