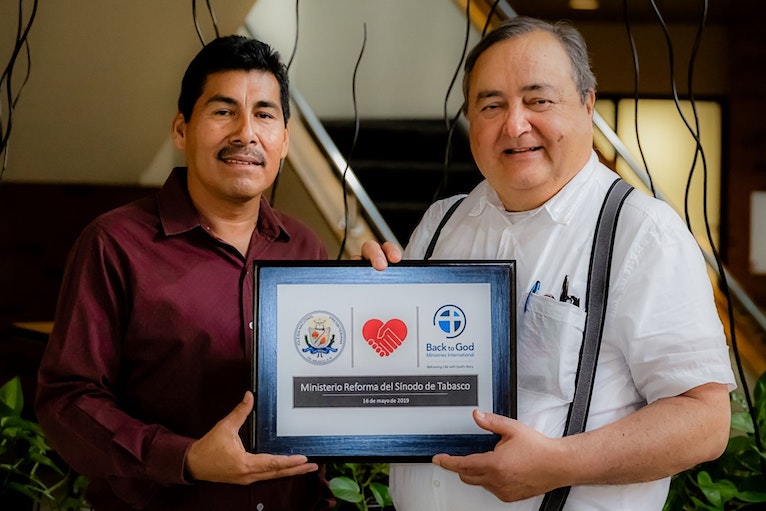 “I remember meeting Rev. Serrano,” recalls de la Cruz, referring to BTGMI’s Spanish ministry leader, Guillermo Serrano. “He shared more about media ministry and I was impressed with how many people they were reaching.”

Then, de la Cruz recalls something that he has never forgotten.

“Rev. Serrano told me that one day, I might be the one leading the ministry,” de la Cruz continued.

Now, more than 20 years later, that day has come. Beginning on Aug. 1, 2019, de la Cruz, began serving as BTGMI’s newest Spanish Ministry leader. De la Cruz will serve from his home state of Tabasco, Mexico, marking the first time that BTGMI’s Spanish ministry will be based outside of the United States.

De la Cruz's full-time appointment in August comes a few months after BTGMI and the Presbyterian Church in Mexico officialized a new partnership.

“Ministerio Reforma [the official name of BTGMI’s Spanish ministry] has a tremendous potential to reach more people with this partnership,” says de la Cruz who knows this firsthand.

As a pastor in the Presbyterian Church of Mexico for the last 15 years, de la Cruz has seen the value in adding media resources to worship services. He says that he looks forward to equipping Mexico’s largest denomination with media on a larger scale.

In his new role, de la Cruz will be building a team of people in Tabasco over the coming year while also making regular trips to Brazil, where he will record video programs with BTGMI’s Portuguese staff.

De la Cruz will be only the third person to serve in this position over the last 50 plus years, with Rev. Serrano replacing Rev. Juan Boonstra in 1991. Rev. Serrano, who will continue with BTGMI for a transitionary period, feels confident that this will be a positive new chapter for the ministry.

“I believe ministry will continue in proclaiming the good news, and I think it’s wonderful that we have someone who is from a different culture who will be able to expand the ministry in new ways.”