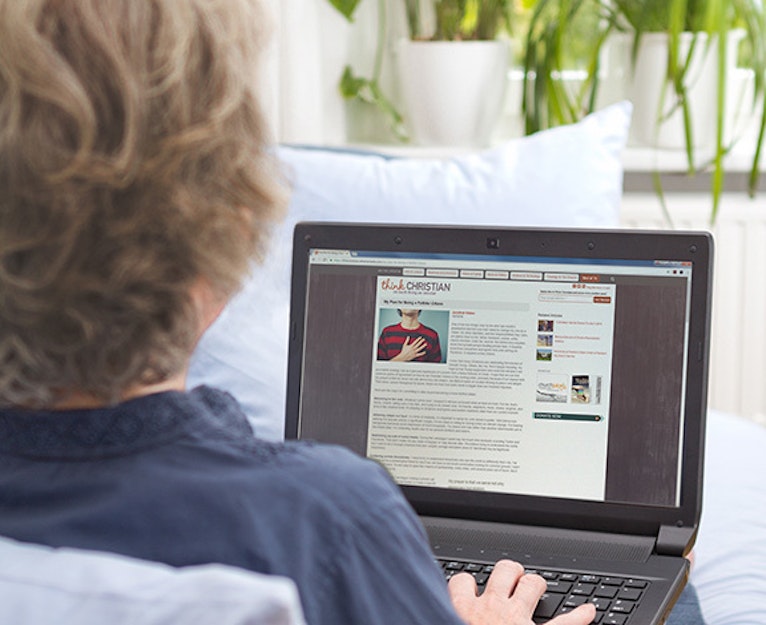 Mary Remein, a member of Silver Spring CRC in Maryland, retired from human resources in 2014. Today she is a volunteer, mentor, grandma, and a Think Christian reader.

While some say Think Christian is a blog for young people, Mary disagrees.

“There is value for older, sixty something, folks like me,” Mary shares. “Think Christian has made me more aware of God’s presence in places where I don’t typically look for Him.”

Think Christian, an online magazine produced by ReFrame Media, the English outreach of ReFrame Ministries, provides community where Christians discuss how to bridge the gap between faith and culture. As Mary describes, “It connects me to thoughtful Christians who seek to be faithful and Christ-like in a wide variety of settings.”

Think Christian offers a starting point for conversations about current topics.  Mary says, “Think Christian’s coverage of subjects relative to the world we live in today has been a springboard for me to move forward more confidently in addressing those subjects.”

Mary recalls one opportunity when her doctor asked her about a television show. Although Mary doesn’t watch the show, she had read about it on Think Christian and was able to respond with insight.

“This led to an interesting discussion about the brokenness of the world and my source of hope—Christ,” she recalls. “[My doctor] shared that he’s a nominal Jew, married to a Seventh Day Adventist. He had questions about some of the ‘rules’ of Christianity.”  Faith and culture affect believers no matter their ages; Think Christian aims to bridge the gap between the two. “Think Christian is necessary and effective because we’re influenced by what we see and hear through media. It’s a challenge for Christians to sort through the mass of information and form a Christian perspective,” concludes Mary.