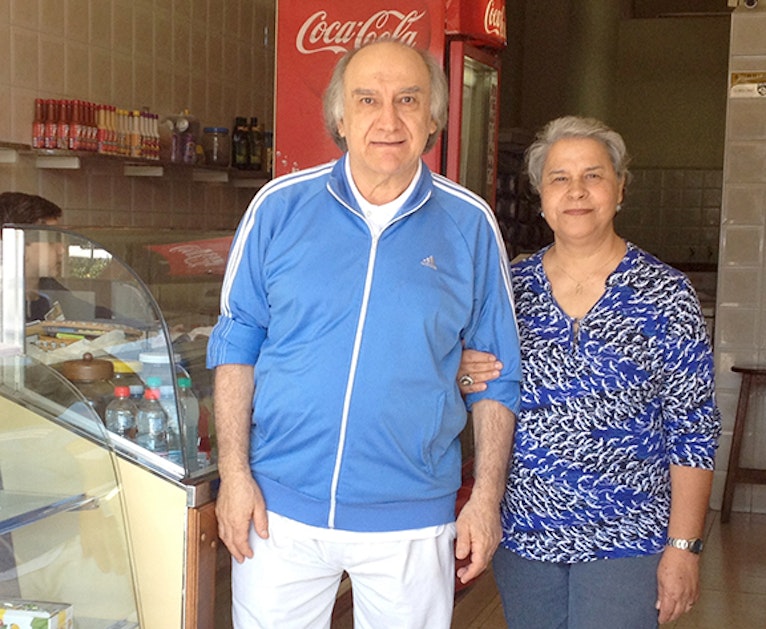 Miguel Jacob is of Lebanese descent and operates a quiberia in São Paulo, Brazil. A quiberia is a booth where Miguel sells kibbehs, a meat dish native to his Lebanese culture.

Edione Madruga is a member of the Águas da Prata Presbyterian Church of Brazil. Her husband has been Miguel’s friend for more than 40 years. They played futball on the same team when they were young and that friendship endures to this day.

Edione volunteers her time distributing Cada Dia devotionals, produced by the Portuguese outreach of ReFrame Ministries in Brazil. She decided to share one with Miguel, who does not profess to be a Christian.

“The first time I went to the quiberia, I offered Miguel a copy of Cada Dia,” she reported. “He thanked me and was happy to receive the devotional booklet.”

The second time Edione went to Miguel’s quiberia, she asked if she could leave a few copies of the Cada Dia on his counter. Miguel promptly agreed and instructed his assistant to take them from Edione if he isn’t available.

In fact, says Edione, “He has provided a large and prominent place for me to leave the Cada Dias.”

With Miguel’s help, Edione is able to get the devotionals into the hands of people she would otherwise not have contact with. When she checks on the supply at the quiberia she’s been noticing that her previous supply has been exhausted. When Edione offered to leave several extra copies in reserve, Miguel told her, "I will personally deliver them to people when they come to pay for their food."

“What fascinates me,” says Edione, "is the way God moves to use a man who is not a Christian, whose Lebanese culture is so different from my own Brazilian culture, but who has a huge heart. We are praying for his conversion to faith in Christ as he reads the Cada Dia daily devotionals.”