The Face of Sanctification 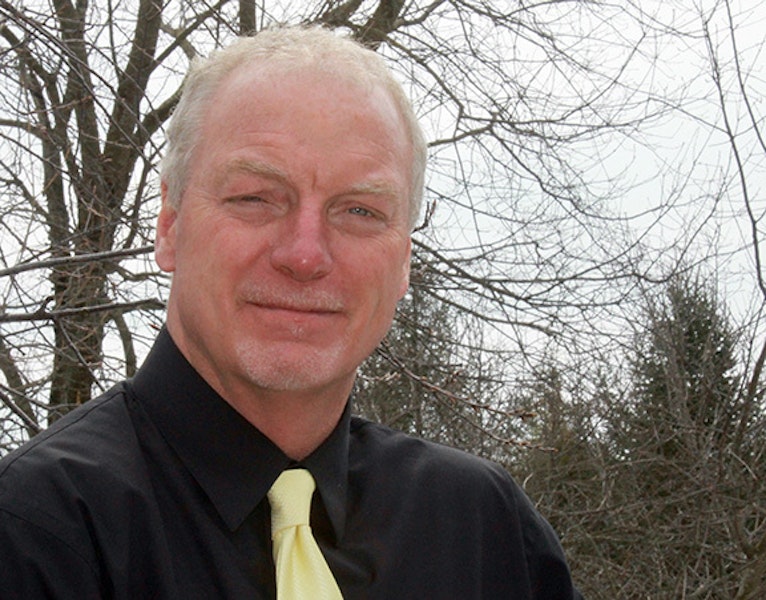 Andy, who lives in California, describes himself as “a nuts and bolts kind of guy.”  That’s why he appreciated the September Today devotionals Becoming More Holy: the Story of Ron. “Putting flesh on the theological concept of sanctification was so meaningful. For the first time ever, I found myself looking forward to devotions and even reading ahead.”

“Sanctification is a theological word that many of us stumble over,” says Rev. Steven Koster, general editor of the Today devotional and director of ReFrame Media, the branch of ReFrame Ministries that produces the booklets. He adds, “In simple and personal terms, sanctification means God is making you more and more who He wants you to be.”

If you are a regular Today reader, you know that the September devotionals were written with a different twist. Author and Pastor Keith Mannes (pictured above) illustrated sanctification by unfolding the story of Ron.

Keith, then a young pastor of a new mission church, tells how God unexpectedly dropped Ron into his life. Ron was a successful businessman who had dropped out of church because of a difficult past. Then God worked through Keith and that small congregation to bring Ron to faith and worked sanctification in his life. Although the story is a little messy, God also used Ron to sanctify Keith’s life—and many others new to the faith.

Earl from Columbia, SC told how Ron’s story gripped his life. “I have been a reader of the Today for quite some time now, and never has there been one that has moved me more than this one. It could be that I see a little of me in the story somewhere. Though I was not a part of that journey firsthand, I could very much relate to it.”

As Earl read the unfolding story he admits, “I cried some each day of those last 6 days. I wasn’t expecting [the ending] at all. Though I didn’t even know Ron personally, and even though it was years ago that [this story] happened, I still felt the loss. God used him and all these things to touch my own life.”

Koster says, “We received more responses to the September devotional than any other in a long time. People followed the story of Ron, Andy, Tim, Dick, and others from this small church that came together to grow in faith.”

Indiana resident Gayle told us, “It was real life and down to earth.”

Earl added, “It was all part of God’s purpose and plan; and not only for that time but also years later so Mr. Mannes could write about it to tell others. I’m very grateful to God for those who he has allowed to come across my path, those who have encouraged me along my Christian walk. They are all a part of God’s work of my own sanctification, and I might be a small part of theirs.”

If you missed Ron’s story, you can read or download it online. Then we’d love to hear from you, how God used this story—or other Today devotionals—in your own journey of sanctification.

Pastor Keith Mannis, author of Becoming More Holy: the Story of Ron, is the pastor of Highland Christian Reformed Church in McBain, MI.

Off to Mexico We Go