Off to Mexico We Go 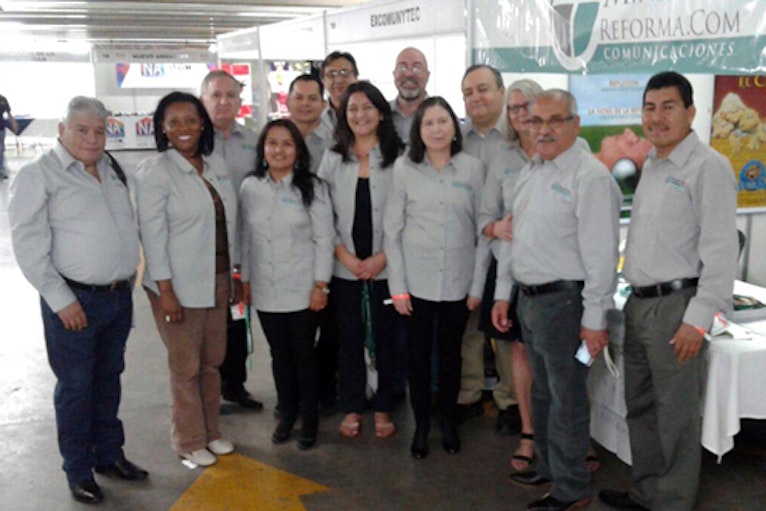 By way of foot, van, and plane, thirteen members of the ReFrame Ministries Spanish team traveled to Mexico City this past October. They carried 400 pounds of outreach materials—from devotional guides to radio and TV program samples on CDs and DVDs—to the 2016 International Christian Communicators’ Conference (COICOM). More than 2,000 participants came from 26 countries to attend the seminars and workshops.

“The staff was there for seven busy days, conducting workshops for 130 staffers from several media outlets,” explained Rev. Guillermo Serrano, BTGMI Spanish ministry leader. While there, the team trained participants on the craft of radio and television production, finding content for social media, and producing material for television.

After attending the workshops, Pedro, a radio manager in Mexico responded, “You always have in mind the objective to produce good media programs to present people with the message of the cross.”

The participants and their stories are what make the tiring days of travel and preparation invaluable. Serrano joyfully shared, “Testimonies make our trip worth the delays, the heavy suitcases, and driving on those roads. We saw God’s providence in action!”

Maria, a conference attendee from El Salvador, also responded to our staff, “We cannot express our appreciation, except to say thanks from the bottom of our hearts for coming to Mexico and helping us to understand what is expected when we want to be on radio or television.”

Not only did the Spanish team facilitate workshops, they also had a display booth located in the central part of the conference to share the discipleship materials they brought along. Serrano noted that at the exhibit, “We gave away the material we had—all of it!”

For more information on this conference, watch the video here.

The Face of Sanctification