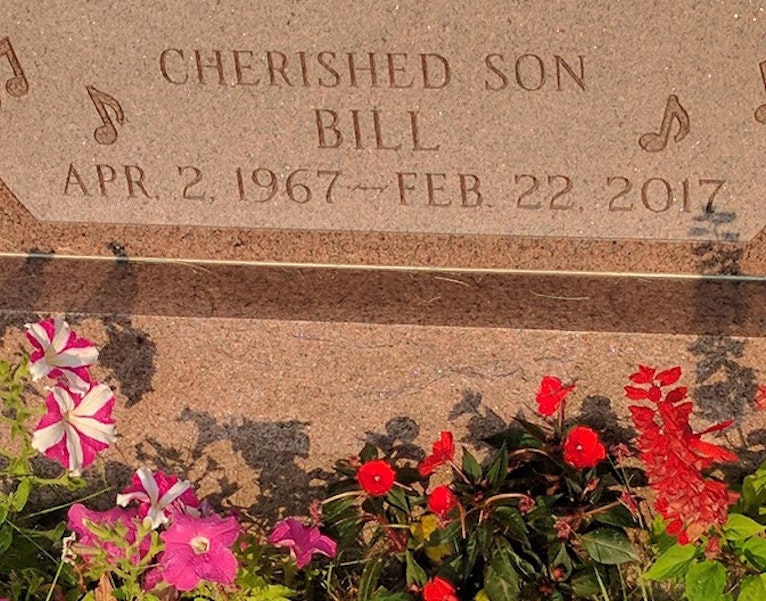 Bill was an intelligent man who worked as a software developer for a large restaurant chain while living at his parents’ home in Beamsville, Ontario. He had a love for flying and a gift for music, and, in his last days of life, he developed a relationship with the Lord.

Bill suffered from Lou Gehrig’s disease. Having no connection with a church, it was through a support ministry of neighboring Providence CRC in Beamsville, ON, and its pastor, Steve DeBoer, that Bill was introduced to church member, Paul Vandersteen.  Paul was asked to walk alongside Bill during this season of his life.

Paul, church advancement officer for ReFrame Ministries (BTGMI), admits that meeting Bill for the first time was a bit awkward and uncomfortable.

“Bill was 49 years old, but he could hardly speak and was very weak,” recalls Paul. “He used an iPad to communicate with me through voice recognition and typing. Though Bill was not a believer, he was receptive to my visit.”

By their second meeting, Paul asked if he could pray for Bill.  Through this prayer, a seed was planted.

The one who plants has purpose

The two met weekly for about an hour. They shared about their lives, laughed together, and as their relationship grew, Paul brought him the Today, a devotional produced by ReFrame Media, the English outreach of BTGMI.

“We started reading from the July 2016 issue where author Jimmy Lin wrote about how we don’t walk alone. Christ is with us,” shared Paul. “That’s when it occurred to me how the Today hits you wherever you are in life. When you’re sitting with somebody who is facing death, or feeling down, the words are so powerful.”

They continued with the devotions, but as his physical state worsened, the symptoms of Bill’s illness wouldn’t allow him to comfortably read.

“That’s when I thought of sharing the audio version of the Today,” Paul explains. The Today devotional is available as an audio program in addition to print, email subscription and online, and through the Today app.

“When Bill heard it he gave me the biggest smile. He started listening to it daily on his own.”

As Christmas came closer, Paul also gave Bill access to Providence CRC sermons available on the Bridge App, allowing him a way to connect and have access to the church.

“Over and over, Bill would thank me for the prayers and for sharing these messages and devotions with him,” says Paul. “It’s amazing how such a small part of Back to God’s ministry can have such a large purpose and impact in someone’s life.”

God has been making it grow

As Bill went in and out the hospital, Paul continued to visit and disciple him. Meanwhile, God was growing the seeds of faith planted in Bill’s heart. Paul says, “He could no longer speak, but he would hold my hand and nod and smile and give me the thumbs up when I was with him and when I prayed with him.”

In February 2017, Bill was hospitalized for the last time. Though his illness was terminal, Paul shares that Bill’s sudden death caught him off guard. But still, Paul is confident that his new friend is with the Lord. “He wasn’t able to verbalize that he accepted Christ, but I have no doubt that God had a claim on Bill,” he says.

In the days that followed, Providence CRC held a funeral for Bill. Many of Bill’s friends and family attended, as well as members of the church.

Paul gave the eulogy. He shared that through his relationship with Bill, he was able to tell the mourners about God’s goodness and how he believed Bill was healed and living in a better place. “I knew him for only six months, lying in a bed,” Paul shared. “He had 49 years where others knew and loved him. But I knew him when his heart was changing.”

Since Bill’s passing, Paul has been able to connect with his family. Bill’s father has attended services at Providence CRC and communicates with Paul regularly. Pray that as Paul supports Bill’s dad through his time of mourning that God would use tools like the Today to help in sharing the Good News.