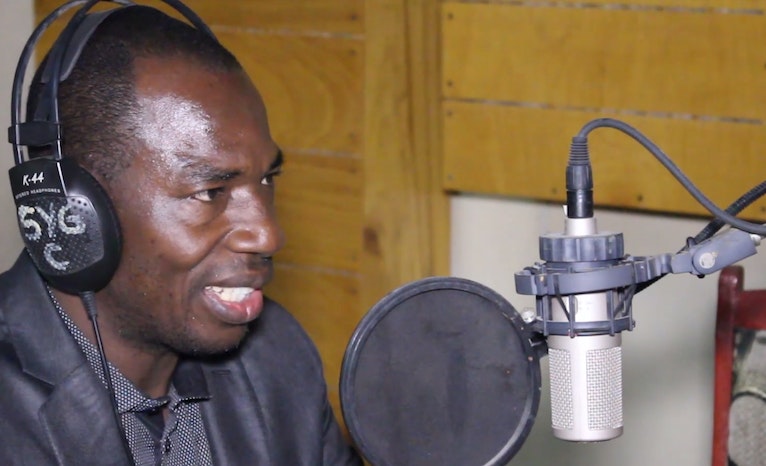 Pascaline, 20, lives and works in Ouagadougou, Burkina Faso, where the majority of the population adheres to the Muslim faith. It wasn’t until she heard the radio messages of BTGMI French ministry leader Rev. Marc Nabie (pictured) that she wanted to learn more about following Christ.

“Pascaline called me and said, ‘Pastor, I’ve listened to the broadcast, I want to give my life to Jesus. Will you come and meet with me?’” Nabie recalls.

Nabie met with Pascaline, and when she accepted Christ he suggested that she join a church close to her village. After she began attending church, her Muslim employer expressed his disapproval of her new faith, telling her that if she continued to go to church he would fire her.

Pascaline’s boss followed through on his word and let her go. She called Nabie, “They have chased me away because I won’t quit going to church, but I will continue to pray.”

Three weeks after she had been fired, she called Nabie to report that while she was on her knees praying, her boss called her to come back to work.

“I love Christ and will never forsake him again,” Pascaline testifies. To this day, Pascaline continues her faith in Jesus. Praise God!