Open Hearts and Homes to Refugees in Ukraine 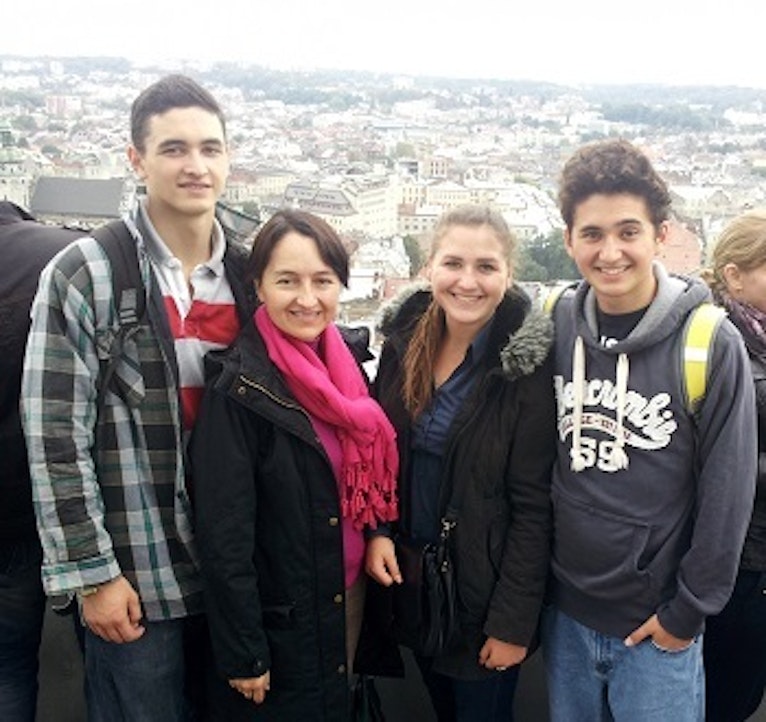 Natalia Bradarsky opened her home to Ukrainian refugees after experiencing incredible loss in her own life. Her husband Victor was murdered because of his faith.

On Pentecost Day 2014 rebels entered the church in Slavyansk, Ukraine and abducted four worshippers, including Victor, a local Christian broadcaster. One month later Natalia learned her husband was dead.

Earlier in the year, rebels had destroyed the Christian radio station from which Victor aired his own biblical messages and Russian-language programs produced by ReFrame Ministries (BTGMI).

Station manager, Victor Kurilenko, who worked closely with Victor Bradarsky, said, “I am convinced that it [was] very important to rebuild the station so the Word of God [could] once again be on the air, because [eastern Ukrainian] people are going through depression, desperation, loss of faith, feelings of hate. Who else if not the church should be bringing peace and calmness and God's blessings to the hearts of the people? Only God can heal the wounds of the soul left by the war.”

The BTGMI ministry team in Ukraine partners with local churches that created a hotline for refugees. “We not only provided hope-filled messages, but also connect the refugees with area churches for assistance,” says BTGMI Russian ministry leader Rev. Sergei Sosedkin. “This year we plan to produce up to 10 one-hour live broadcasts on local Ukrainian stations, and make the broadcasts available online. The programs are gospel-focused and also challenge local Christians to get involved in the relief efforts.”

The broadcasts offer information about sources of humanitarian aid, such as Christian relief agencies, government assistance, food pantries, and church events. For many, these touch points with local churches are the first introduction to the Christian faith. BTGMI also provides Bibles and Christian literature for those who want to learn more.

Bradarsky’s widow has joined the efforts to reach out to refugees by opening her home to those in need. She and her children have helped dozens of families.

“Natalia shares her faith and the story of what happened to her husband,” notes Rev. Sosedkin. “They feed the refugees, give them a place to sleep, and present them with radios.”

Natalia feels called to honor her husband’s legacy through this ministry to refugees. “Victor loved people,” said his widow. “He had many ministries. He loved to be on the air telling listeners about God. Passionate and personable, he was a man of deep faith."

Photo: Natalia and her three children.

Today, Speaking Directly to You