NRB Grants Award to Back to God Ministries International 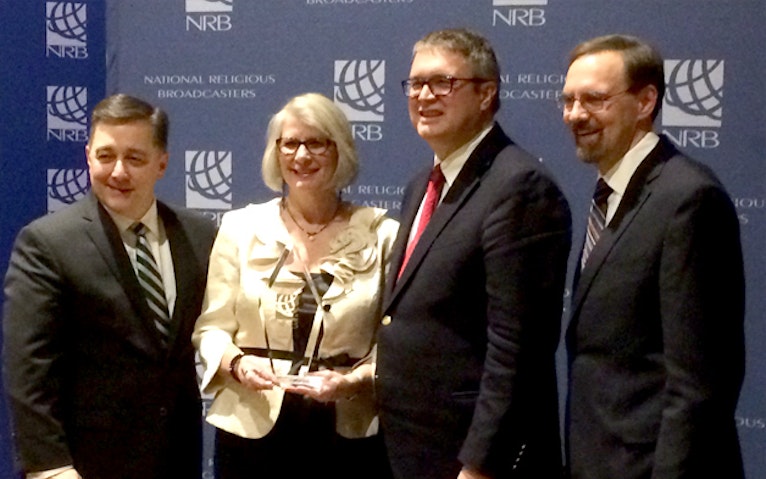 Each year NRB (National Religious Broadcasters) recognizes ministries who have made a significant impact in the world of media. On February 25, 2015 ReFrame Ministries received a Milestone Award for 75 years of continuous media ministry.

Director Kurt Selles accepted the award on behalf of ReFrame Ministries at the NRB annual Media Excellence Dinner. “We’re humbled to be recognized by our peers in media ministry,” Rev. Selles noted. “We are grateful to God for long-standing proclamation of the Gospel around the world.”

ReFrame Ministries, which began with one English radio program in December 1939 now proclaims the Gospel and carries our discipleship work in ten languages in nearly every country of the world.

“We still use radio in places where it remains the primary form of communication,” adds Selles. “Many years ago we expanded into television and printed discipleship resources. However, today Internet and social media channels are the primary methods of delivering our programs.”

NRB acknowledged the impact Back to God Ministries has had in the world of media ministry. BTGMI Spanish Ministry, Ministerio Reforma also received an award for their 50 years of service.