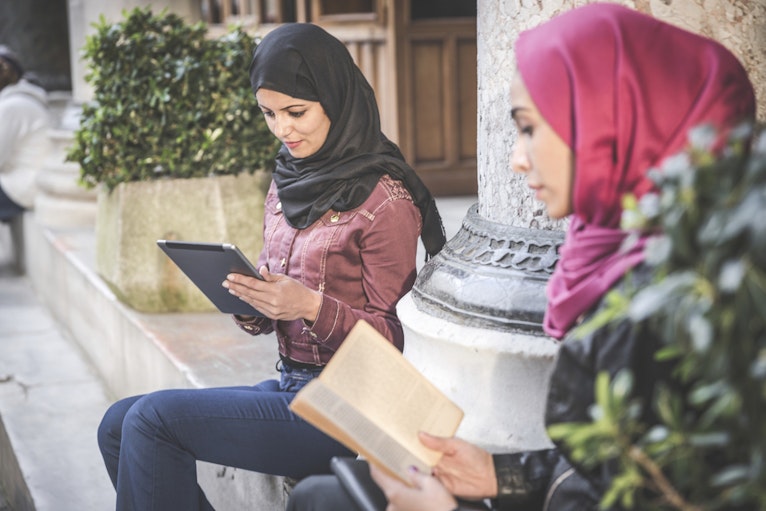 Yaminah (not her real name) is an assistant university professor in the Middle East. A former Muslim, she became disenchanted with all religions.

Still, she admitted, she had long wanted to connect with “thinking Christians who are serious about their faith.”

Yaminah does not like to listen to radio or watch TV. But one of her female students—also of Muslim background—whom she describes as “bright and brave,” told her about a radio broadcast.

“This broadcast helped me better understand the beliefs of Christians,” Yaminah’s student told her. She also shared with Yaminah links to Christian websites, including the website produced by Back to God Ministries Arabic partner, MERF (Middle East Reformed Fellowship).

That led her to listen, read and try to learn more about the Christian faith.

“We must always be in tune with what is going on around us and what people are thinking about, so that our broadcasts and websites will interest them,” says BTGMI Arabic ministry leader. “This has opened doors for growing numbers of those disenchanted with Islam to open their minds and hearts to us.”

Yaminah listened with interest and, as a result, has embraced Christ as her Savior and Lord.

Yaminah and her student have become partners in ministry. Their mission is to tell others about who Jesus truly is. Their own security requires that they do so with much discretion.

Please keep them and all Middle Eastern Christian seekers and believers in your prayers. As their numbers increase, opposition by fanatics also continues to grow.

NRB Grants Award to Back to God Ministries International