Korean Today Brings Hope to Many 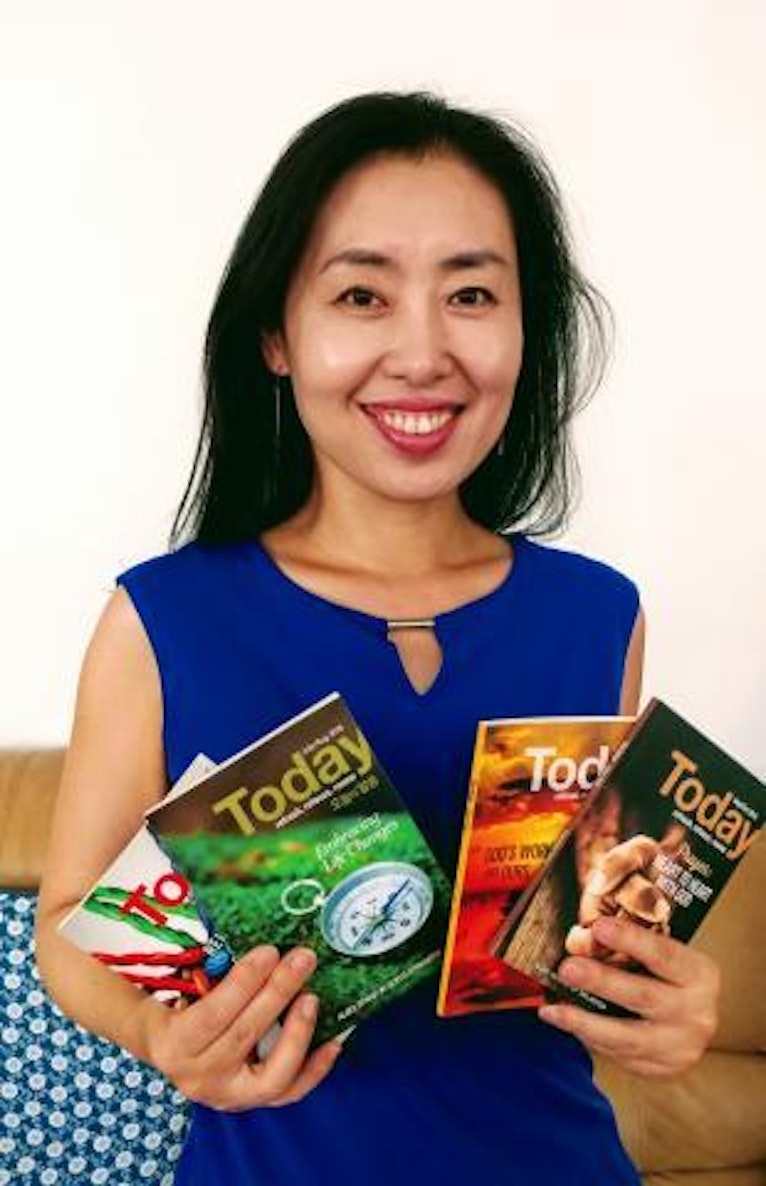 JungHee* found a copy of the Korean-English Today on the side of a California road.

Feeling hopeless, she called the number in the back of the booklet, reaching JiYoung Song, editor of the Korean Today.

“Her speech was unclear, to the point where I couldn't tell if she was speaking English or Korean. She seemed to be under the influence of drugs,” Song noted. “We talked for about an hour. She was expressing gratitude. After our conversation I prayed with her.”

Song added: “I’m grateful that through the Today and our conversation JungHee heard a message of hope.”

ReFrame Ministries (BTGMI) has partnered with the CRC’s Korean Council since 2008 to publish the bilingual Korean-English version of the Today.

ReFrame Media, the English outreach of BTGMI, recruits writers, produces the daily devotion, and distributes it to 42 countries around the world.

The Korean Council translates each issue into Korean, and produces the Korean-English version to serve the needs of those in North America who use Korean as their heart language. The council distributes 10,000 copies every other month, mainly throughout the United States.

Rev. HyungJu Park was a pastor in Korea before he came to the United States and joined the CRC denomination 30 years ago.

“I have been with the Today ever since it was first published in Korean,” recalls Park. “We faced several difficulties when it was first published, but because of the attention and support from BTGMI, many churches use the Korean-English Today not only for evangelism, but also early morning prayer.”

Park, pastor of Spiritual Eyes CRC in Redlands, Calf., adds, “I am often contacted by people who are not members of the church, who ask if I can send it to them because it is so good.”

He also says, “The Korean-English Today is very useful. This would not have happened without the interest, encouragement, and support of the denomination. Our prayer is to help the Korean church grow even more.”

“One thing is certain,” says Song, "Today is giving hope to those like JungHee who seemed to have a life of hopelessness.”