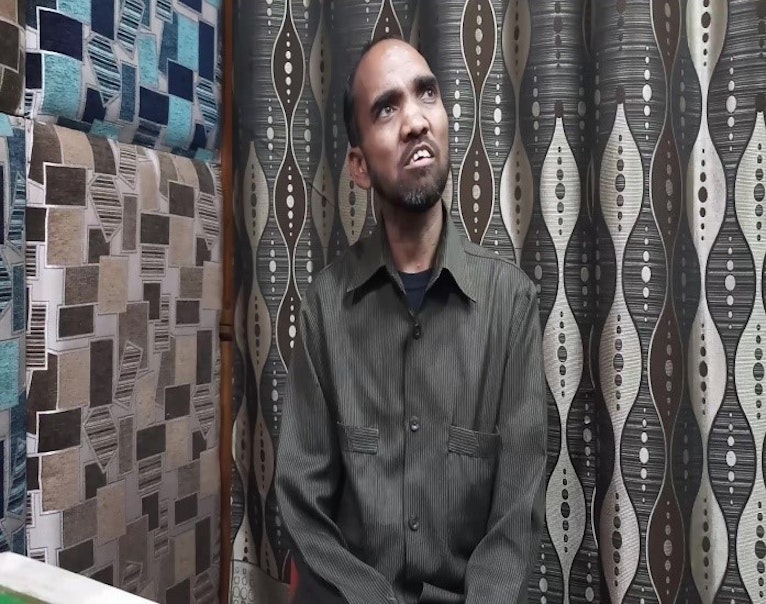 Although many Indian Christians see their country’s northern region as one of ‘great spiritual darkness,’ people like Shangla know that God’s spirit at work there too.

When a doctor told Shangla that he would never walk again, Shangla was devastated. In his desperation, he went to a magician to ask for help. When that didn’t work, his friend had another suggestion—meet with a Christian pastor.

“We received a call from a pastor who had been in contact with Shangla,” says a producer who serves with ReFrame Ministries’s (BTGMI) partner ministry in India. “He told us that Shangla lived close to our ministry center and asked us to pray with him.”

Agreeing to this request, the ministry team began visiting with and praying for Shangla. These conversations also led the team to share their audio, print, and web ministry materials with Shangla.

When Shangla’s community noticed his miraculous healing, he began to tell them about Jesus, testifying to his healing power. Then, a few months later, he asked members of BTGMI’s ministry team to baptize him.

At Shangla’s baptism service, the ministry team thought they would teach some of the songs they play on their programs. But the team was in for a surprise.

“As I started leading the songs, the group already knew all of them,” said the producer. “I was so surprised.”

It turned out Shangla’s testimony of healing made others curious about the gospel, so Shangla shared BTGMI’s programs with them, and many have become regular listeners.

“God is reclaiming this area,” said the producer. “Pray for the protection of God’s people here.”

Through your support for BTGMI, you play a role in this ‘reclaiming.’ Pray that Shangla’s friends will continue to explore what it means to follow Jesus.

Korean Today Brings Hope to Many