Finding Common Ground in the Names of God 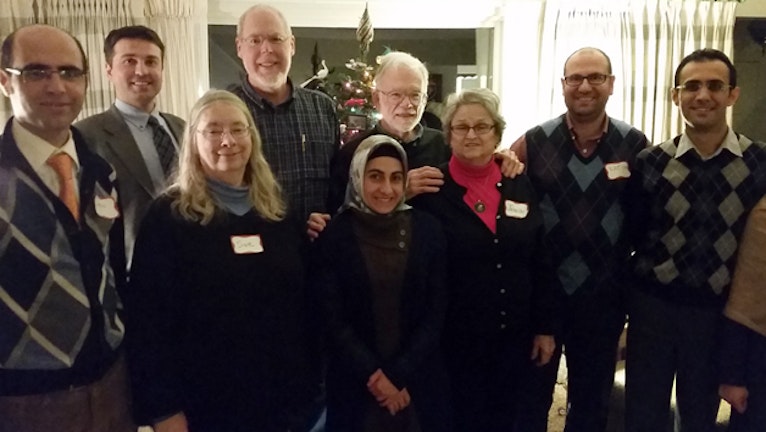 When retired school teacher Glenn Ploegstra began using the “Names of God” issue of the Today devotional in his discussion group with Muslims and Christians, he found a surprisingly common connection with people of traditionally different faiths.

Every three weeks Glenn and other Christians from various branches of Christianity meets with a group of Turkish students, mostly committed Muslims, at Cleveland State University (OH). The gatherings—called the “Bible-Qu’ran Group”—began several years ago when Glenn’s friend Bill Schubmehl connected with the university students from Turkey. These students, in addition to achieving their masters or doctorate degrees, also wanted to understand western culture and the Christian faith.

The meetings begin with a potluck buffet of ethnic foods brought by the participants. Then after a time of fellowship, members spend 60-90 minutes learning about Christianity one week and Islam the next.

“I became involved because of my interest in people from other cultures,” says Glenn. “I specifically wanted to learn more about Islam.”

So much of what Glenn had known about Muslims was tainted by news reports of violent and fanatic extremists. His perception has changed greatly. “The Muslims I’ve met are deeply spiritual, intelligent and caring people.”

When Glenn’s church (Cleveland West Park CRC) closed in June 2014 some of his Muslim friends showed great compassion—one even wanted to offer financial support to help the church stay open.

“Our purpose is to understand one another, not to try convert someone to the other’s faith,” Glenn explains. “At first I felt guilty about that, but the more I thought and prayed, I knew God put me in this group to welcome the stranger, embrace them into our culture, and most of all teach the Christian faith in the best form I know. God will work through this in His own way. Perhaps the next influence God puts in their life will build on what I have taught and they will come to see Christ as Savior.”

Glenn finds the Reformed perspective very helpful in explaining the relevance of the Bible to these interested Muslims. He and Bill had been discussing the idea of teaching the names of God when his May 2014 issue of the Today devotional arrived, covering the theme “The Names of God.”

The devotionals were written by BTGMI director Rev. Kurt Selles, and produced by ReFrame Media, the English outreach of ReFrame Ministries. “I immediately saw this as an effective tool for introducing the names of God,” notes Glenn. “As we’ve discovered similar names for God in Greek, Arabic, English and sometimes Turkish, the Muslims and Christians in our group have come to see the commonality. We’ve learned we have the same basic understanding of God’s character. Our discussions have been richer and more lively than past sessions.”

Glenn is grateful to get to know people whose hearts are open to the same great God he serves—Elohim, El Shaddai, El Roi. His prayer for these new friends is that someday God will bring them to a saving knowledge of Christ.

(Rev. Selles has written a follow-up series for the February Today devotionals entitled Names and Titles of Jesus.)