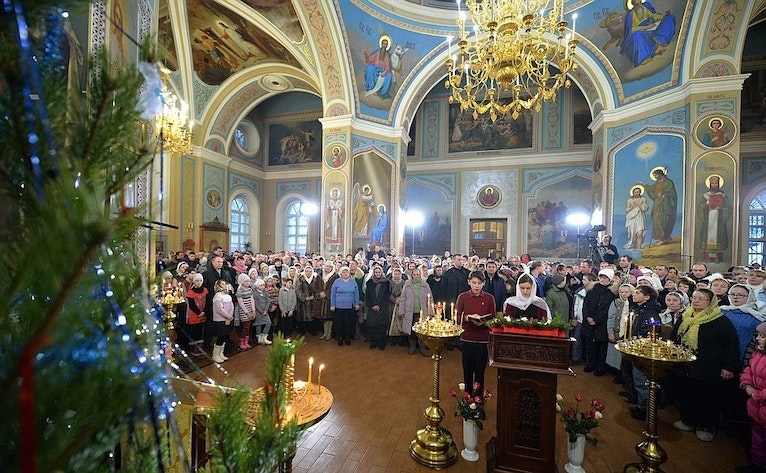 The Christmas season often reminds Rev. Sergei Sosedkin of his friend, Edward. Edward was born in Zambia and he has a made-up birthday.

“Growing up in a remote village, Edward didn’t know which day he was born,” says Sosedkin, who serves as our Russian ministry leader. “It wasn’t until the government in Zambia began asking for a birth year that Edward finally asked his parents to try to recall the details.”

By that point, Edward’s parents only remembered that their son was born during a particularly long drought. So they took a guess and that became his “official” birth year.

Later on, Edward was traveling to South Africa. At the border, he was required to list a month and day in addition to the year he had on his paperwork. Upon explaining that he didn’t know the exact day, the agent chose the date for him.

“I guess the agent wasn’t feeling very creative because he wrote ‘January 1’ and let Edward go on his way,” Sosedkin laughed.

Sosedkin met Edward while attending Kuyper College in Grand Rapids, Mich. When he heard about Edward’s birthday, he learned an important lesson.

“I thought it was funny. But when I forgot to wish Edward a Happy Birthday on January 1, he was offended. In Edward’s mind, January 1 had become his official birthday.”

Edward’s story stuck with Sosedkin, using it as a teaching point on BTGMI Russian ministry programs during the Christmas season.

“Like Edward, people in Russia’s religious communities often place a lot of emphasis on which day we should celebrate Christmas,” says Sosedkin.

Sosedkin explained that traditionally, Russians celebrate on January 7 in accordance to the Russian Orthodox Church. Many Evangelical Christians now celebrate on December 25 in order to celebrate on the same day as Christians around the world.

Over the past years, the Russian ministry team at ReFrame Ministries has tried to use this long-standing debate to help people realize that they are missing the point.

“On past radio messages and blog posts, we’ve encouraged Christians to stop arguing with one another and focus on the reason we are celebrating,” Sosedkin says. “We remind them that we don’t really know the exact date but what we do know is that Jesus our Savior was born here on earth.”

Sosedkin says this message can also apply to Christians in North America—even if they don’t debate the date of Christmas.

“I think in North America, we do often still miss the point of why we are celebrating,” Sosedkin says. “I pray that you, too, find time to focus on Christ this Christmas—regardless of the exact date that you chose to celebrate.”