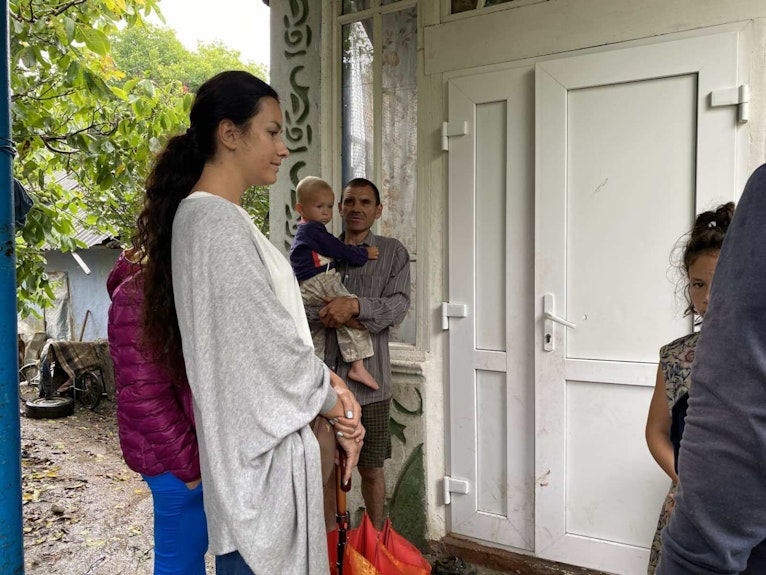 During the pandemic, Lika (left) hasn't been able to host as many in-person ministry events as she normally would. Now she's had to flee Ukraine due to ongoing violence there. Still, God uses her online events and occasional in-person visits to share his love with Russian speakers.

Knock, Knock, Knock. As Olga opened her front door to find a former Miss Ukraine standing there, her life was about to transform.

Olga lives in a small village in Moldova. Though she had grown up in a Christian home, she had lost touch with her faith when she was a teenager.

Over the next few years, Olga’s life had taken many turns for the worse. Her relationship with her family became strained. She began to struggle with alcohol abuse, and eventually she became addicted.

That’s why, when Olga received that knock at her door last August, she was ready to give up her old life and start something new.

The knock came from ReFrame Ministries’ Russian-language ministry partners in Ukraine. And among the small group was Lika, winner of the Miss Ukraine title in 2007. Since then, Roman has been using her platform to partner with us in sharing the good news with Russian-speaking viewers and listeners, both online and in person.

As Lika and Olga began to talk, Olga quickly began to open up. Lika had brought along some clothes and toys to share with Olga’s children, and when Lika explained that she was from a Christian ministry group, Olga knew that God was giving her an opportunity to renew her life in Christ.

Soon, Olga’s boyfriend began to wonder who she was talking to at the door. Hearing words like Lisus Khristos and tserkov (“Jesus Christ” and “church” in Russian), he became angry.

“He sounded upset and aggressive at first,” Lika recalls, “but somehow the words of the gospel made him very meek and peaceful.”

Olga’s boyfriend had also come from a Christian background. He too had turned away from the faith, but he was willing to listen to the group’s story. ReFrame’s Russian ministry partners shared the gospel, invited them to the church that many of the members attended, and showed their compassion, both Olga and her boyfriend were ready to recommit their lives to Christ.

“The whole team prayed over them afterwards,” Lika added. “They were in the local church on the first Sunday after that prayer. We hear from our local partners that they continue faithfully attending the services.”

Pray that Olga and her family will continue to stay connected with their reignited faith and their church.