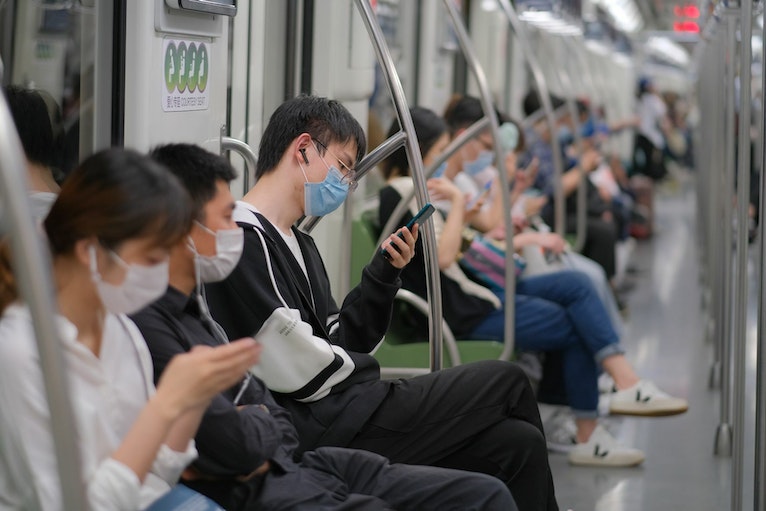 In a time when people rely heavily on the internet for remote work and other pandemic life realities, ReFrame's Chinese ministry leader Jerry An said, "Just being a normal Christian can mean breaking the law [under these new regulations].”

Even before these new restrictions were put in place, Christians often used fake names on social media accounts, said An, and key religious terms like “God” and “Christ” were coded with English letters or homonyms. What will things look like now, with even stronger controls in place?

“A surprising topic has overtaken Chinese social media in recent weeks: a woman who was found chained and locked in a shed in the eastern city of Xuzhou,” An said. “The ‘Xuzhou chained woman’ triggered a tsunami of public opinion, with Chinese Christians included among those expressing their support for the mother of eight.”

In a time when speech is increasingly limited, the bold expressions of sympathy for the Xuzhou woman, and the outrage at a system that failed to protect her, reflect a backlash against the tightening controls.

Christianity Today and the Dutch magazine Reformatorisch Dagblad both reached out to Jerry An as a leading expert in Chinese new media ministry for his take on the hype around the Xuzhou woman and the implications of the new regulations. More of his reflections are included below, translated into English.

The Subversive Power of New Media

I (Jerry An) started serving in a Christian media ministry in 2001. At that time, radio stations had just gone digital, and websites began to replace radio as the main platform for broadcasting. The situation changed dramatically as a result.

With the rise of the Chinese blog site Weibo in 2007, I began experimenting with converting our broadcast into text, inserting audio, and adding images to make it more internet friendly and to reach a whole new group of “listeners.”

E-magazines were popular in 2010, so I played around with those as well and experienced the tremendous opportunities that such public media platforms offered for Christian communication.

These were the precursors to social media. To this day, no official Christian newspaper, magazine, TV station, or radio station has existed in China, but the rise of the internet made anything possible.

When two trains collided outside Wenzhou in July 2011, the first person to report it was not a journalist but a passenger who took pictures of the wreck and posted them on Weibo. This is the power of new media: “everyone is a journalist.”

The authorities were forced to dig into the collision, despite trying to bury the truth. You can say that the essence and methods of traditional mass communication were subverted, and in many ways this marked China’s formal entry into the era of new media. I was in Wenzhou at the time, and the incident had a big impact on me, prompting my determination to focus on the development of new media ministry.

The change brought about by new media is subversive. Simply put, it breaks the monopoly of power, capital, and elites on the media. It also changes the rules of the game: in the past, content was censored before it was published, but with new media, it can be published before being deleted.

Of course, the level of censorship in China has been increasing in recent years, and many articles are often difficult to publish. But the current use of coded language is a simple response.

“We are all in the same boat”

It is worth noting that in July 2018, an event occurred in China’s new media that was unprecedented and not likely to happen again. An article by the Christian lawyer Zhang Kai, titled “We are all in the same boat,” exploded in popularity. Although the article was deleted through nontraditional push methods, it amazingly set a record of over 10 million direct reads in a mere 17 hours. This shows how disruptive — or subversive — new media is. It cannot truly be banned.

Since 2013, WeChat has gradually taken over as the primary social media platform in China. In just a few years, Christian content has grown quickly from basically nothing to saturation. We conducted a large-scale data research project on Christian WeChat public accounts in 2017. This project showed that there was a deluge of marketing accounts which had spread unchecked, whether or not the content was any good. Indeed, “bad money drives out good.”

In a second research project in 2018, we found that one of the biggest problems was that Christian content typically lacked concern for and dialogue with the public.

Zhang Kai’s article, by contrast, expressed a kind of empathy with its “all in the same boat” attitude over a common concern (the fake vaccine incident [in 2018]). To a certain extent, it also renewed people’s impression of Christians: Christians were no longer just the foreigners, the feeble, and the hermits trying to do a little good. They were living people with flesh and blood, capable of empathy, kindness, and goodness.

There is no doubt that the new internet regulations effective March 1 are like iron chains around your neck. They will certainly further tighten the space for Christian speech online. To be honest, Christians are by no means the only target of these regulations, and Christians may not even be the most targeted.

Chinese Christians stand together with the rest of society, “all in the same boat,” enduring and experiencing these storms together. But it is not external factors that truly hinder the growth and influence of Christianity; it is our own lives and testimony.

In the age of new media, this is directly related to our concern for public affairs and the common good. It is reflected in our concern for society, how we express ourselves, and how we participate in public life. Just like for the American church and the Chinese church in the United States after the 2020 election, our witness as Christians is tied to our public theology.

To learn more about ReFrame’s Chinese ministry, you can visit their webpage here.