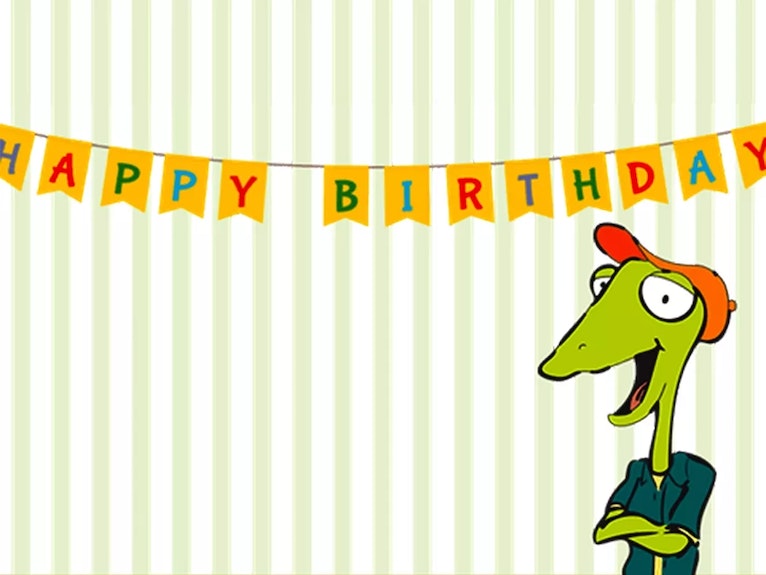 Nine-year-old Luke Holman has limits on how much time he can spend in front of a screen. But he has a good way around it.

That’s because Luke spends a lot of his time listening to ReFrame’s Kids Corner podcast, “Liz and Friends.”

“I don’t know if we should be putting limits on listening time too,” Harland, Luke’s dad, laughed, “but it’s hard to argue when he’s listening to great biblical messages.”

Luke first heard Liz and Friends after his sister played it for him, and he’s been a fan ever since. He’s listened to most of the show’s 20 seasons multiple times, both with his family and in his own time.

“I believe he may be the biggest Kids Corner fan that ever existed, he listens to it all the time” Harland said.

“I like the one with the castle called ‘At Your Service’,” Luke added.

Recently, Luke celebrated his ninth birthday and he received a special call from his favorite character, Liz.

“I wanted to say Happy Birthday!” the lizard said on the call, “I hope you have a great day filled with all your favorite stuff,” Liz said before singing his own version of “Happy Birthday.”

In addition to listening to the program together, the Holman family suggest a few other activities to help young families grow in their faith—family dinners together, going on walks, volunteering, and going to church at Oakdale Park Church (Grand Rapids, Mich).

You can listen to Liz’s whole message to Luke below and hear all of the “Liz and Friends” episodes at KidsCorner.net.