Will Cuba Open Its Doors to the Gospel? 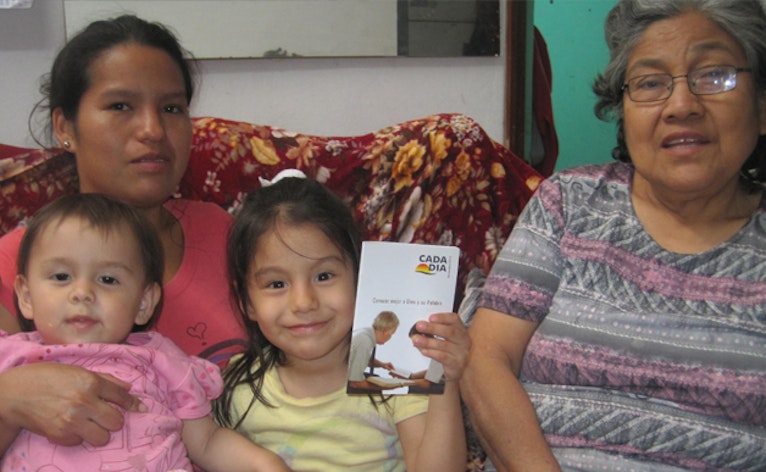 For more than fifty years a Cold War-era freeze blocked diplomatic relations between Cuba and the U.S. That ended on Friday August 14 as the U.S. flag was raised over the U.S. Embassy in Havana.

For some of those fifty years, the embargo—along with the Cuban government policy—also blocked Christian missions in Cuba. But thanks to media outreach, Cubans still had access to ReFrame Ministries (BTGMI) radio programs over shortwave as well as local television or radio signals that broadcast across the Gulf.

With increased access to the Internet and mobile phones, messages have poured out of Cuba from grateful citizens who have heard the Word of God during the communications freeze.

Ismaray, a young woman from Matanzas, Cuba, wrote to BTGMI Spanish ministry staff: “Thanks for such great work done with so much love and dedication,” Ismary noted. “The reflections on La Vida Ahora [TV program] have been a privilege for my spiritual life. I learned a lot: to be more disciplined, persevering, and to correct my errors. This is a lamp unto my feet and a light unto my path. Also, the Cada Día devotional is life to the soul. Thank you.”

In recent years, BTGMI has been able to ship boxes of the Cada Día devotional to partner churches in Cuba from its ministry center in Brazil. This is an answer to prayer for many churches since the Office of Religious Affairs in Cuba sometimes denies imports of religious literature. Even though the Cuban Constitution guarantees religious freedom, restrictions on religious activity are still somewhat prevalent in Cuban society.

“We are praying that the open relations with the U.S. will help provide more religious freedom for Christians in Cuba. In fact,” reports BTGMI director Rev. Kurt Selles, “in October 2015 our Spanish team will have an opportunity to lead a communications workshop in Cuba for the first time! As we work on the planning details with CRC World Missions staff in Cuba, pray that God will open doors for even more effective ministry in Cuba.”

For people like Ismaray, it is crucial that ReFrame Ministries continues its outreach in Cuba. “I give thanks to God for your ministry and the Word of Life that transmits through your program,” she says.

Pastor Tony Gonzalez echoes the gratitude for the shipments of the Cada Día devotional to Cuba. “On behalf of all Christians in our church, we wish to thank all donors and personnel who put this beautiful gift in our hands. People have found salvation in Jesus Christ, families have been reunited, and Christians who lost their faith have returned to God because someone gave them a Cada Día.”

Jose Luis adds, “Your ministry has been a blessing to me, my family, and my church. May you continue to help and encourage countries like ours that you cannot access directly, but reach through these forms of media.”

Please continue to pray for and support the work of Spanish ministry in Cuba and other Latin American countries.

The Dilemma of Life Today