What I'm Supposed to Do 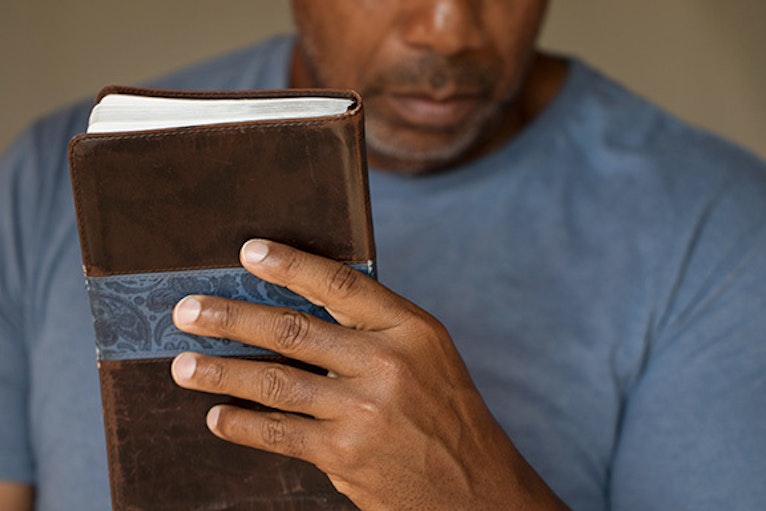 Lance Orton doesn’t like to be in the limelight. The 61-year-old Vietnam vet is a humble man “just trying to be who God wants me to be.”

“It took me a long time to get where I am spiritually, and I have a long way to go,” he says.

Lance was raised by Christian parents in New York City’s Bronx, but admits he’s been through “some heavy duty stuff” in his life. He remembers a very difficult time around 1999 when God was trying to get his attention. He sought spiritual guidance and discovered a Today devotional, which continues to be an important part of his daily regimen.

“I like the prayer and the variety of pastors who relate current events to the Bible.”

Lance has a real heart for the world. “Sometimes the best I can do is to pray. One of my main prayers is to tell people about the Lord.”

As a street vendor, Lance has many opportunities to speak with people. “I like being in a position where I am around a lot of people on the street who stop and ask me questions about the Bible.”

Lance also prays for people who are in “in pretty bad shape. People I didn’t know came by and told me, ‘You prayed with my friend; could you pray with me?’”

His commitment to share Christ goes beyond the streets of New York City. Lance began giving donations to ReFrame Ministries years ago and is a faithful monthly partner.  “I really liked the name, ‘Back to God’ and the international focus is really needed in today’s hurting world.” “I want to make a difference when I can,” Lance says in his humble and selfless manner. “It’s just what I’m supposed to do.”

Today Readers Give Back