Weddings and Recommitments in Brazil 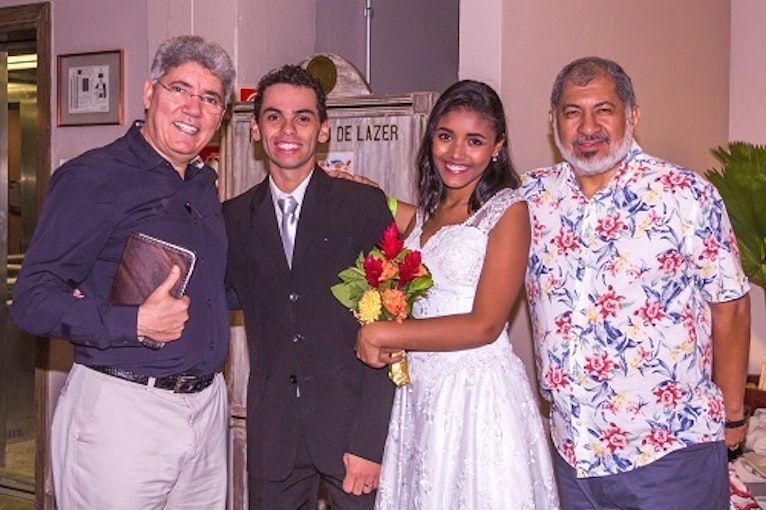 Tiago and Fernanda were scheduled to be married the week before a marriage conference sponsored by Back to God Ministries’ Portuguese team in Brazil. Because they didn’t have money for a honeymoon, a family friend gifted them with registration to the event, which was to be held at a nice hotel in Guarujá, Brazil.

Then, because of an unexpected delay at the Wedding Registry Office, their wedding had to be rescheduled for the week after the conference. The young couple was disappointed that their wonderful honeymoon would be cancelled.

Upon learning their story, the conference coordinator made arrangements for Rev. Hernandes Dias Lopes to marry the couple at the beginning of the retreat. “It was a very special moment for all the participants to see an official wedding happen during the event,” notes Rev. Lopes, BTGMI Portuguese ministry leader and featured speaker at the retreat.

The August marriage conference was the third such event hosted by BTGMI Portuguese ministry team. “We receive a lot of requests to produce programs that strengthen marriages,” says Rev. Lopes. “We invited our radio and TV audience to the first two marriage conferences and were pleased with the response.”

Many of the 140 couples who attended the August event had attended previous conferences or were supporters of the ministry. They were encouraged to invite their friends and colleagues. Several of the invited couples were not Christians. Through the worship music, the messages, and fellowship, God’s Word was clearly presented.

“For many of the couples, it was the first time they heard the Gospel,” Rev. Lopes explains.

Humberto Gouvea Figueiredo, Colonel of the Military Police in São Paulo, along with his wife, was invited by a friend to attend the conference. They were interested in the location and weekend away, but had little idea of what was in store for them. 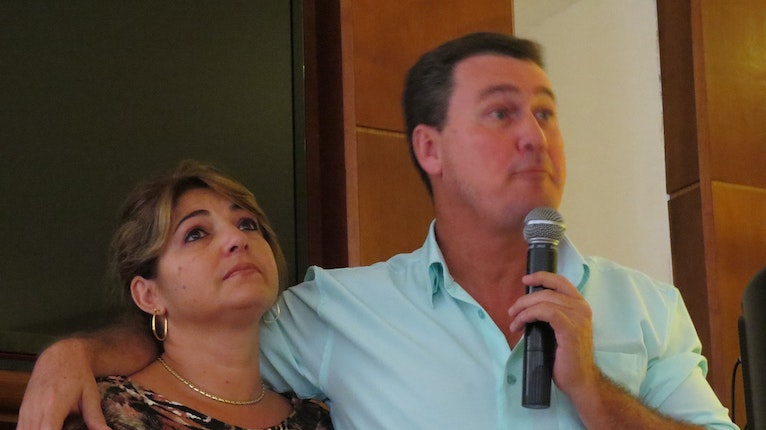 At the beginning of the conference, when each couple was introduced, Humberto’s first words were, “I don’t know what I am doing here! I received the invitation from my friend and so my wife and I are here.” Then he sat down.

By the end of the weekend Humberto and his wife asked to speak again. They were both crying, and shared that they had discovered their purpose for being at the conference. “The messages we heard were for the strengthening of our marriage and for transforming me as a person,” Humberto testified. “God has spoken to me at this conference.”

From Paper to Platform, Reframing Lives

The Time is Ripe