Sharing the Gospel in one of the World's Coldest Places 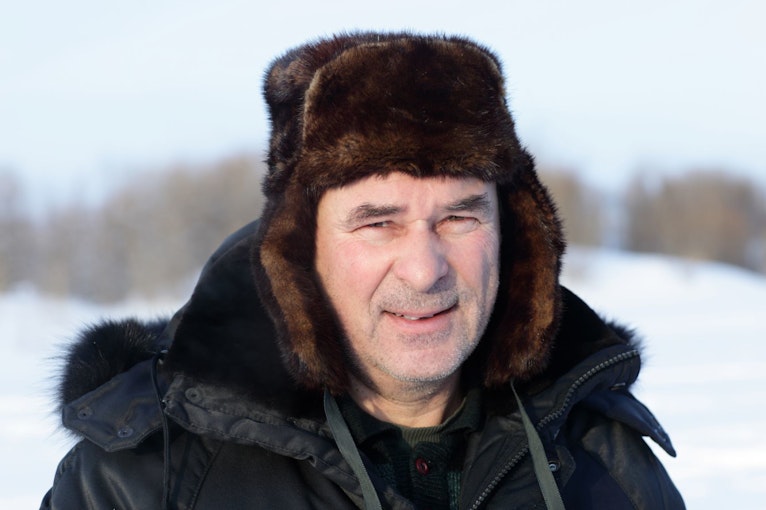 This time of year, the thermometer is only dropping further below zero in Siberia, Russia. This means it’s the coldest time of year in one of the world’s coldest regions. Making matters worse, jobs continue to be hard to come by in the city of Tomsk.

Artur* wasn’t just tired of living in these conditions in Tomsk, he was tired of living his life. The community and family that most people in Tomsk rely on to get through the harsh winter just wasn’t in place for Artur. So he made plans to commit suicide.

But God had different plans for Artur.

Only a few months before Artur made the decision to end his life, Rev. Sergei Sosedkin received a unique invitation. Sosedkin serves as the Russian ministry leader for ReFrame Ministries (BTGMI).

In times when much of BTGMI’s work is shifting from radio to online programming, a Russian Orthodox church in Tomsk asked Sosedkin if he would like to partner with them to develop a new radio program.

“This is a popular FM station in a city of about half a million people,” Sosedkin said. “So we were happy to be invited into this partnership.”

The new program is discussion-based, focusing on cultural issues from a Christian perspective. Although Sosedkin does make guest appearances on the show, the main BTGMI host is a volunteer who lives in the Tomsk area.

As Artur prepared to end his life, he decided he would listen to music. While he was searching for something peaceful, something caught his ear—a message of hope from BTGMI’s new program.

“God had led Artur to our radio program playing for the first time in his area,” Sosedkin said.

As Artur listened, he felt the darkness and pain in his life begin to lift. He realized there is a God who loves him.

Right then and there, Artur abandoned his plans for suicide. He later called the station to thank the church for broadcasting the program and told them his story.

“That’s the kind of impact the Gospel has. It’s both immediate and eternal,” said Kurt Selles, BTGMI’s director. “And that’s why it’s such a privilege to have the opportunity to share it with people all around the world.”

The Russian ministry team has talked to Artur a few times since he first called to tell his story, and have connected him with a local church to offer him the community he so needed.

To further encourage people like Artur, BTGMI sends Christmas cards that are signed by supporters in Canada and the United States to areas where their programs broadcast. This Christmas, about 500 Russian listeners received these cards including believers in the city of Tomsk where Artur lives.

A Unique Prayer from Guam