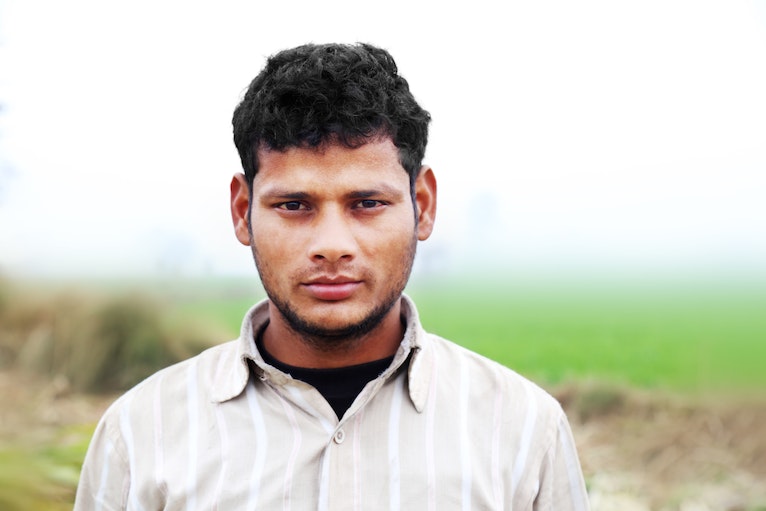 A little over six years ago, a man in India named Piyush asked himself a crucial question: “Is following Christ worth it?” His answer has affected his life ever since.

Piyush had been a regular listener our Hindi radio program.

When Piyush’s family found out about his new faith, they began to threaten him. They took away his Bible along with his cell phone and locked him in his room.

“Many times, they even threatened to kill him if he refused to worship their gods and goddesses,” added the Hindi ministry team.

That’s when Piyush had to ask himself if this new faith in Christ was worth it. Should he continue on the difficult road of following Jesus or give in to his family’s demands?

Piyush persevered by listening to daily messages on his radio from our Hindi ministry team. When Piyush’s family saw that he was going to remain strong in his faith, they kicked him out of his home.

The Next Six Years
When BTGMI first reported on Piyush’s story, it ended here. Piyush had escaped, but without a support system. But now the Hindi ministry team has shared an update from Piyush.

“Piyush called into the radio show regularly with updates,” shared the Hindi ministry team. “We offered encouragement and invited him to some of our in-person events in his area.”

Piyush began attending writing workshops with BTGMI’s Hindi ministry team. There, he has connected further with other Christians and some of his work has even been published in the ministry’s magazine.

New Laws in India
However, the opportunity to be published, too, is in jeopardy. In recent years, India’s government has passed several new laws with the goal of keeping the Hindu faith the national religion.

Unfortunately, this anti-conversion legislature is only getting more strict in India for the time being. Still, Piyush says he is thankful that he has a community of believers at his side.

Piyush’s story is far from the only one BTGMI staff has heard where new Christians experience this pushback and resistance. Every day, seekers and believers in India are facing pressure on all sides.

Will you please pray that Piyush’s family would be open to learning more about his faith? Pray also that others like him who have not yet found others to support them in their faith would be able to do so.

Sharing the Gospel in one of the World's Coldest Places