Rooted in Faith, Despite Persecution 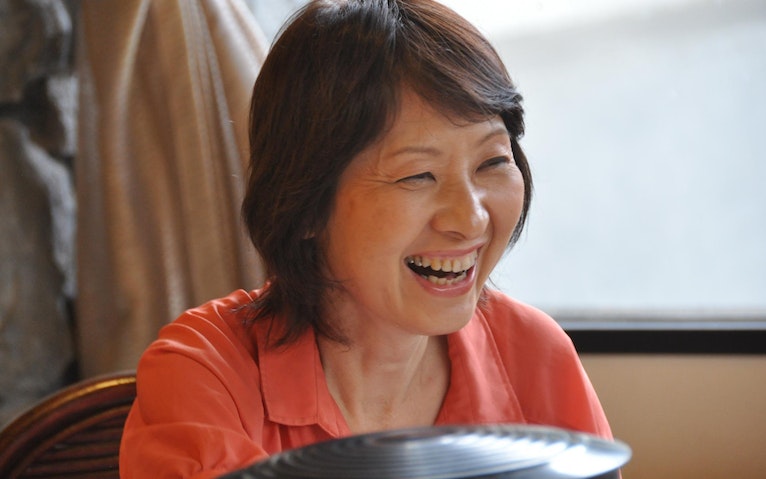 In 1991, a Japanese woman named Yuriko said she believed in Jesus. But it took her nearly 26 years to be baptized because of pressure from her family.

“It may sound incredible to Western people that a grown adult needs permission from her parents, but it happens quite often in Japan,” said Masao Yamashita, Japanese language ministry leader for ReFrame Ministries (BTGMI).

Yuriko recognized that her new faith would cause division in her family. Her rural village placed a stigma on Christians, which would affect her whole family. So she tried to hide her relationship with Jesus.

“I kept my faith a secret but my parents found out,” said Yuriko. “My mother was shocked and couldn’t get out of bed. My grandmother thought about sending me to a temple to marry a monk so that I would remain a Buddhist.”

This strong reaction caused Yuriko to end contact with her church, but God found ways to reach her in a part of the world where only 1 percent of people openly profess faith in Christ.

First, Yuriko had a coworker who prayed with her during her lunch break. Then one day, Yuriko turned on her radio. She heard a hymn and that was enough to bring her back to the same station for the next few days. There she heard several of BTGMI’s programs, and she realized that she wasn’t alone in her faith.

“I listened almost every night,” Yuriko said. Soon Yuriko wasn’t just listening, she was engaging with the content, writing the ministry for advice, and even attending some of the in-person events for dispersed believers like her.

Encouraged in her faith, Yuriko began attending church again until a troubling interaction with another congregant made her retreat.

“A woman [from church] kept telling me that I should just leave my parents and that they will be saved when they see my faith,” recalled Yuriko. “I told her that by leaving my parents, people will think of Christianity as a bad religion where people leave their families.”

Despite not regularly attending church, Yuriko continued to deepen her faith, listening to BTGMI programs and attending events and occasional church services. In 2017, Yuriko decided to take a brave step forward in her faith and was baptized.

Yuriko hasn’t disclosed exactly what her relationship with her family is like since her baptism or whether she has even told them. Often, Christians in Japan don’t publicly declare their faith until their parents pass away.

For now, Yuriko continues to go to church occasionally while still engaging with media ministry made possible by the Christian Reformed Church.

“Someone told me that I am like a rootless wanderer, but I’m not. My root is in Jesus,” said Yuriko. “In Japan, people work to spread God’s words through TV, radio, publications, and the Internet.”

“Many people also support such works through prayers and offerings,” Yuriko added. “I’m not saying it isn't necessary to go to church and worship with sisters and brothers in Christ. I hope that one day I will be able to go to church every Sunday and welcome others with joy.”