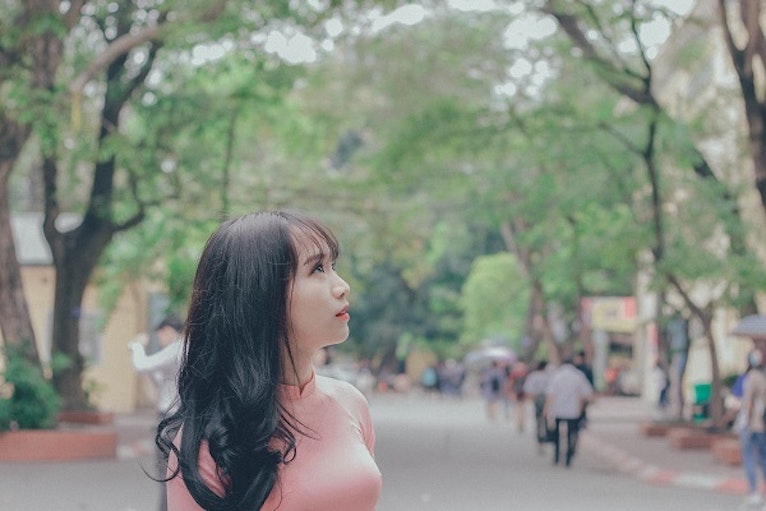 Like most parents, Lin’s father had mixed feelings about dropping off his only daughter at her university in China. He found it especially difficult because his wife passed away shortly after Lin was born.

“His little girl whom he had once led everywhere by the hand must now grow up in a strange place alone,” Lin remembers. “I watched [my dad] from behind as he left, wanting to run over and hold him and tell him ‘I won’t let you down.’”

“But I broke my promise,” Lin added.

From Pride to Disappointment

Lin’s ‘disappointment’ in the eyes of her father came when she began attending graduate school in China. There, she met many Christian leaders and started to ask questions about their faith.

“I began to talk about the Bible with my teacher, and we discussed how the natural sciences reveal God,” said Lin. “As I watched the lives of those spiritual elders leading me, I could see a completely new life, one that had truth, holiness, faith, love, and hope.”

Lin’s father didn’t approve of her new-found faith, which led Lin to feel like she had to choose between her faith and her family—a common occurrence for new Christians in China.

To encourage others who are in her situation, Lin shared her testimony with ReFrame Ministries Chinese staff. The testimony was recently published in Chinese along with 39 others in The Reason for You, a new book produced by BTGMI’s Chinese ministry.

Lin’s father ultimately told her that he would disown her if she continued to be a Christian.

Although it wasn’t easy, Lin told her father that she couldn’t turn away from her Christian faith. And God gave her peace of mind through the Bible.

“The despair nearly consumed me,” said Lin. “I shed tears and stared deeply at these words from the Bible: ‘Whether you turn to the right or to the left, your ears will hear a voice behind you, saying, “This is the way; walk in it.”” (Isaiah 30:21)

Lin’s testimony ends with the good news that although she didn’t back down from her faith, her father has since reconnected with her. Still, Lin prays that he will open up to the Christian faith.

“I will continue to tell God my longings for my father, and hope that one day God’s salvation will make him happy. That will be for me an even greater reward from God.”

BTGMI is sharing Lin’s story in The Reason for You with Chinese students studying across North America. You can find out more at chinese-goodnews.org/thereasonforyou.

Rooted in Faith, Despite Persecution