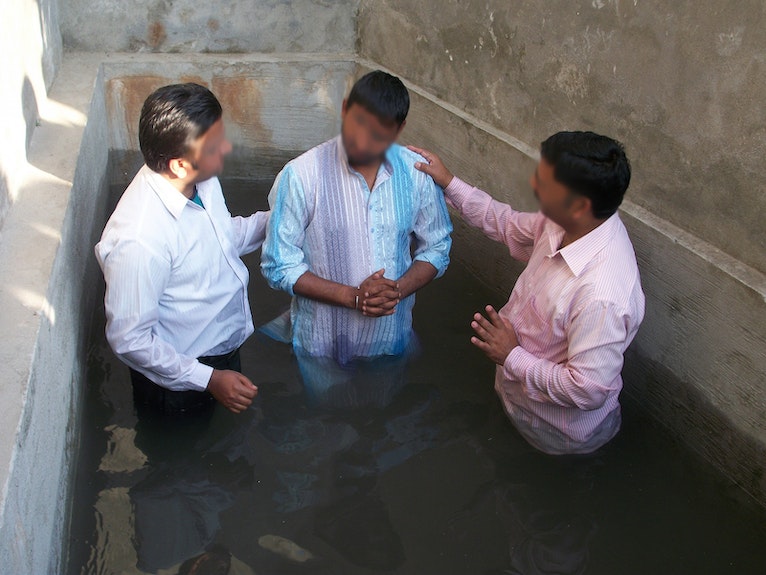 Rinku, born a Hindu in Northern India, was introduced to Jesus as a young adult. But it took financial burdens and advice from a magician for Rinku to follow and build a relationship with his Savior.

Growing up, Rinku fell into a life of poor habits and addiction. Knowing these vices were detrimental to his well-being, he sought advice from Hindu spiritual counsel. Due to the wide spectrum of beliefs among Hindu leadership, Rinku was left feeling confusedand devoid of answers.

Around this same time Rinku was listening to his radio and heard the Dogri program, Premey Kanne (With Love),produced by the Hindi outreach of ReFrame Ministries. The name of Jesus and His gift of salvation made an impression on Rinku. “I fell asleep thinking about Jesus,” Rinku recalls. But by morning he had put Jesus out of his mind and went on with his life as usual.

In the days that followed, misfortune and unrest afflicted Rinku’s family, leaving them weak and helpless. In another effort to improve their life, Rinku employed a self-proclaimed magician to solve his family’s problems. “The magician took advantage of our family,” admits Rinku. “He deceived us and depleted our finances.”

Rinku confronted the fraudulent man, accusing him of taking their money and not giving them the peace they paid for. “He told me he was only human and that he could only do so much,” notes Rinku. “He then, surprisingly, talked about Jesus Christ, saying many who believe in Him are saved from destruction.” In that moment, Rinku thought back to the Christian radio program when he first heard about Jesus.

With this second mention of Jesus, Rinku decided to find a local Christian pastor to reveal the Gospel to him. The pastor prayed over Rinku and his family and reintroduced him to our Dogri program. He has since accepted the Lord Jesus Christ as his Savior and professed his faith through baptism.

Our Hindi language ministry leader states, “The Lord is truly merciful and He does give us a second chance, and sometimes more chances to embrace Him and be saved.” Praise God for Rinku’s salvation and pray for his family as they find their peace in our Lord Jesus.

“I have heard your prayer”