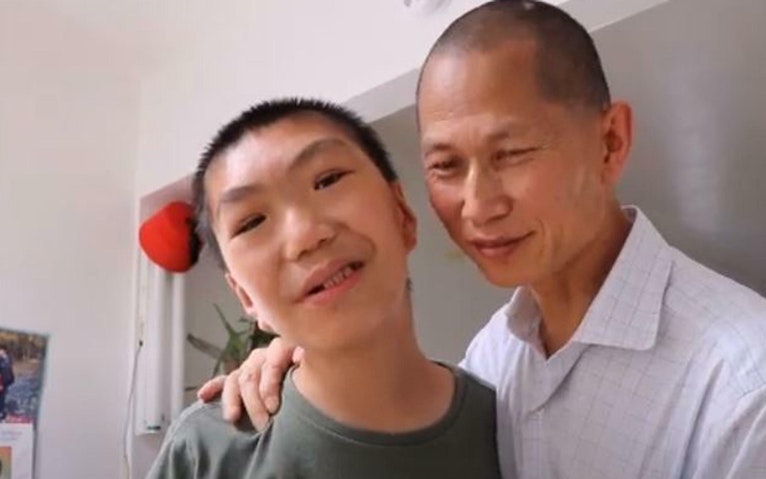 In Chinese, the name Mingli means “fame and fortune,” and Yanfei means “to spread her wings and fly.” When a couple named Mingli and Yanfei, with law degrees from China’s elite Peking University, got jobs involving some of China’s most high-profile cases, they felt that success was their destiny.

“Everything in our world seemed to be under control,” Mingli reflected. “We had a career-oriented, well-off, and worry-free family in Beijing.”

But that sense of control began to deteriorate a few years later when the family moved to New York to continue their law studies. They attended some community events at a local church, which led to their joining a worship service and eventually being baptized. They would soon need to rely on their faith that God was in control.

In New York, Yanfei was pregnant with the couple’s second child when they learned their unborn son had a medical complication that would cause developmental delays. Doctors encouraged them to end the pregnancy, but they refused, sensing it was God’s plan for their family to keep this child. That didn’t make things any easier as they signed documents waiving their right to an abortion.

“Every word in those disclaimer waivers felt like a giant weight,” Mingli said.

For Mingli and Yanfei, most of that weight disappeared just a few seconds after meeting their son, Samuel. The heaviness was replaced by feelings of joy, acceptance, and patience.

As Samuel grew, his parents focused less and less on their careers, moving to part-time work and deciding to stay in the U.S. rather than moving across the world to a setting where people with disabilities are often looked down upon.

“We all learned an important lesson: only God knows the mystery of his will,” Mingli said. “Samuel may look weak on the outside, but what dwells in him is far greater than the world.”

As Samuel grew, his parents raised him in the Christian faith, and Samuel has become a daily reminder of God’s faithfulness and plan. Now the family is sharing their story with others. They worked together with their church to create a short video testimonial. They are also partnering with members of ReFrame’s Chinese ministry team to share their testimony in a book.

The book, a collection of testimonies from graduates of Peking University, recently was published by ReFrame’s Chinese ministry team and is being shared with Chinese speakers around the world.

“The name Samuel means ‘God has heard,’” added Kurt Selles, ReFrame’s director. “Samuel’s story reminds us that God loves us and cares for us daily. God has heard us, and he has sent us his Son to show us his amazing love.”

Bringing Good Out of Evil in Burkina Faso