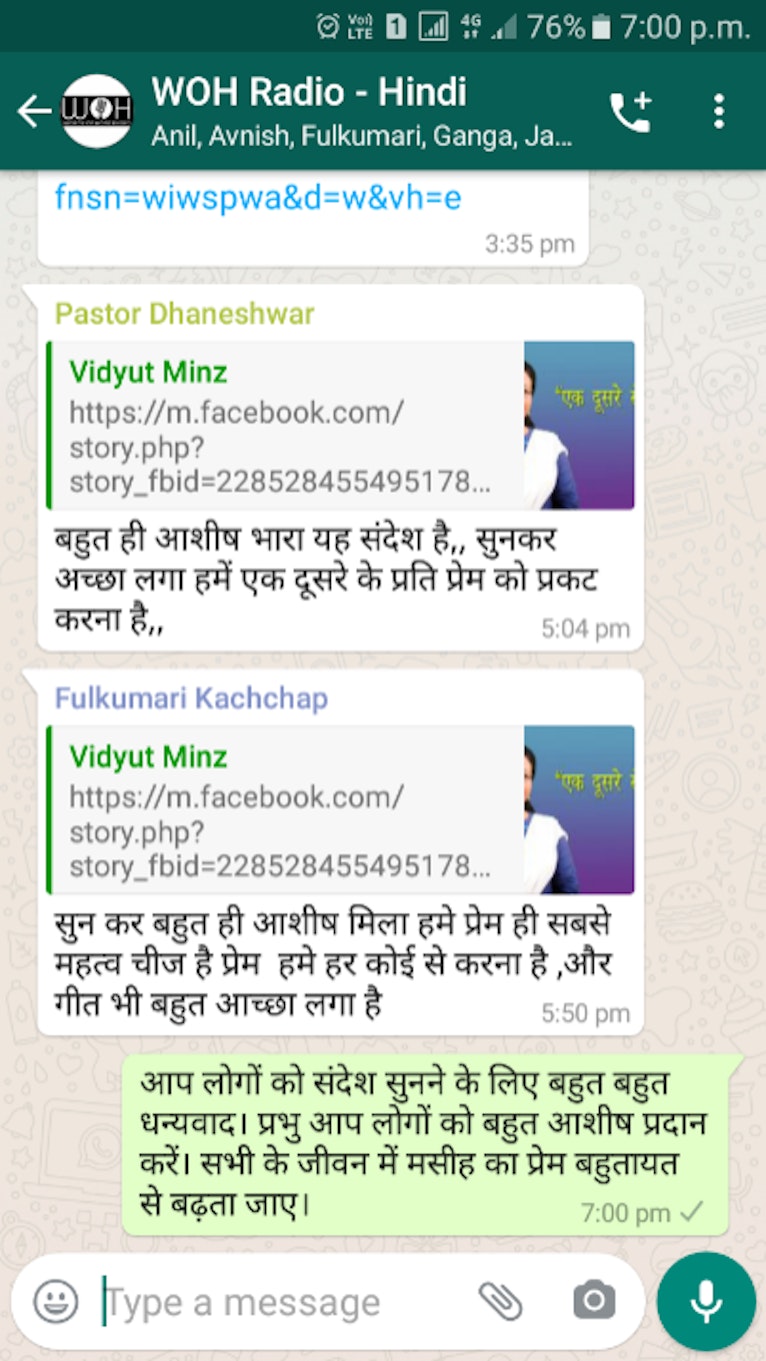 A few months ago Manoj felt hopeless. He was running out of money, but the stress caused by his financial situation only drove him to spend more on cigarettes.

“I didn't have enough money to meet my daily needs and I was a slave to my bad habits,” he said.

Manoj’s situation grew worse before it improved. His father began suffering from severe stomach pain that doctors could not cure. That’s when Manoj knew he needed to find help.

Manoj remembered the hope he had once found on the radio. As a past listener to one of ReFrame Ministries’ Hindi radio programs, he remembered that the radio messages often included an invitation to share one’s prayer requests.

Manoj shared his request with ReFrame’s Hindi ministry team, and he decided to tune in again.

“I used to listen to your Hindi radio programs on the radio without fail,” Manoj shared. “As I listened again, I felt all my burdens and guilt lift out of my heart. The Lords' peace and joy began overflowing in my life.”

“We started the WhatsApp discussion groups a few years ago for pastors and Sunday school teachers,” says ReFrame’s Hindi ministry leader. “Then, in September 2020, we started this new group for our program listeners. Members of this group listen to our radio programs and give their responses. They also share those radio programs with their friends.”

As Manoj joined in on the discussions, he began to sense God’s working in his life.

“I became a new being,” Manoj said. “The blessings increased in my life. I got a good job; I was able to pay off my debts and by Lord’s grace, my father’s pain started disappearing.”

Your gifts make it possible for Manaj to hear God’s Word every day on his radio and smartphone. And for that, Manaj is truly grateful.

“Thank you for your help to guide me spiritually!” Manaj said.