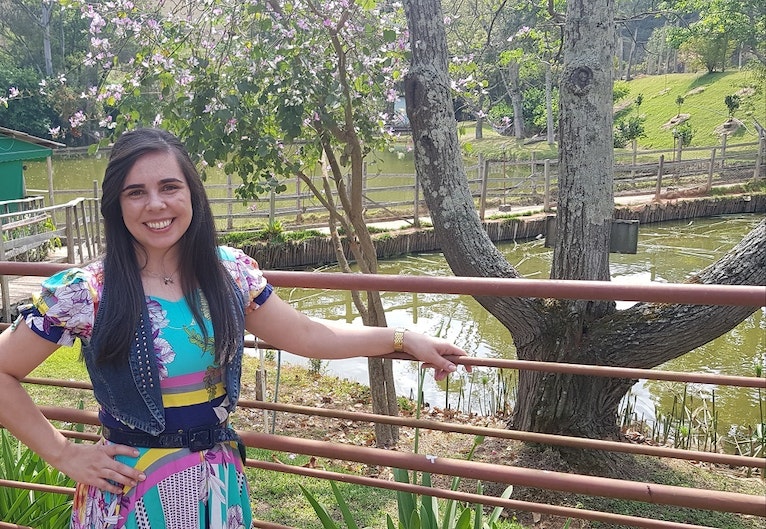 Although it can be scary at times to be sharing God’s story, it doesn’t have to be that way. Marcos did it just by turning on his favorite television program.

Every Saturday, Marcos tunes in to this program and invites his wife, Quésia, to watch with him.

Quésia grew up in a Christian home in a small town in Brazil, but she never really knew what it meant to follow Christ.

But then one day, something changed.

Without realizing it, Quésia had formed a new spiritual habit. That’s why, one Saturday morning, even though Marcos was away from home, Quésia wanted to watch the program by herself.

“That day changed my story,” Quésia said. “I remember that I was six months pregnant with our firstborn son, and it was a beautiful morning. I turned on the television, and Pastor Hernandes preached on John 3.”

Pastor Hernandes's message explained the importance of salvation in a way that Quésia had never fully understood before. And at that moment—prepared by God just for her—Quésia totally surrendered to Jesus.

“It was the best experience of my life,” she says.

A New Partner in the Church

Today, Quésia looks back on that moment as a turning point. Now she is joining you in sharing God’s Word in Brazil, especially with women in the Presbyterian Church of Brazil.

“Quésia helps women get together to read Scripture, organizes conferences, and equips them to be leaders in their own churches,” shares Pastor Hernandes.

God used the faithful prayers and financial gifts from people like you to lead Quésia to him. Now, pray for Quésia as she disciples women and serves churches in Brazil.