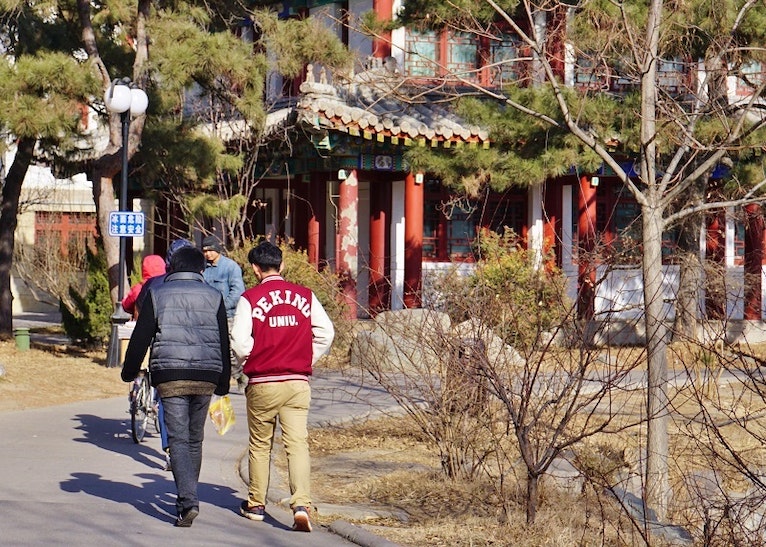 Seekers in China often run into a frustrating problem. Although they first see the Christian faith as intriguing, they often can’t find answers to the difficult questions they have.

“The academic world in China has many prejudices against faith, which can leave those who are asking questions at a loss,” said Jerry An, ReFrame's Chinese ministry leader. Jerry and the Chinese ministry team is helping people find some of the answers.

In late 2019, ReFrame published a book of testimonies from students at Tsinghua University, one of the most prestigious universities in the country.

Shortly after the books were printed, volunteers began sharing them with students at the school. One volunteer named Yong passed out the books after church services and at a Christian conference. That’s where he met Min.

“I gave the book to Min and told her the story of the book,” Yong shared. “The next morning, Min contacted me. She had decided to follow Jesus and asked me to lead a prayer for her.”

“I am sure that the book contributed to her journey of faith,” Yong continued. “She had been seeking for many, many years and always asking tough and deep questions along the way.”

Because of the success of this book, as seen through people like Yong and Min, ReFrame's Chinese ministry team wondered if a little school rivalry might encourage Tsinghua University’s long-standing competitor Peking University to undertake a similar project.

“We told contacts from Peking University about the project with Tsinghua University, and the idea took hold,” said Jerry An.

Altogether, the new three-volume collection will contain 100 testimonies of God’s grace in the lives of Peking University alumni. The next volume of this series will be available for Chinese New Year in February 2021. The books are also available for order in North America on this page.

“I have heard over and over how people not only in China but around the world are struggling with life’s most important questions as we continue to face the pandemic,” ReFrame's director Kurt Selles said. “As Christians, we don’t have all the answers, but we have the most important ones.”

Video: A Christmas Carol From Japan