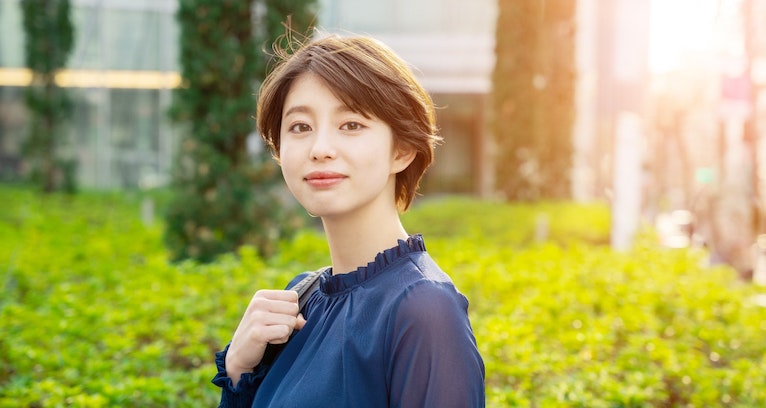 Azami and Lora may live on different sides of the planet, but they share a common experience.

Both have left the Christian church at some point in their lives. And yet, both have returned to their church families while listening to Christian podcasts in the meantime.

“Podcasts offer easy and on-demand listening, and they enable us to reach listeners in those ‘in-between moments of their lives — while driving, waiting in line, or working out,” said Robin Basselin, codirector of ReFrame’s English ministry.

For both Azami and Lora, these “in-between” times also meant the time in between their regular church attendance.

“There was a time when I left the church—from high school to my early twenties,” Azami says.

As a Christian living in Japan, Azami grew up in a minority. By most estimates, only about one percent of the people in Japan openly believe in Christ. So when Azami began spending more time with people outside of her family, she started to question her faith.

“‘I don't know Jesus; I don't believe it,’ I tried to tell myself with a rebellious attitude,” Azami reflected.

Lora and the “none’s” in North America

Lora too had decided to stop attending church despite her upbringing.

“I grew up attending church, but I eventually stopped attending altogether,” Lora shared. “I was out there, floundering.”

Lora and Azami’s decision to leave their church is becoming all too common. In recent years, young people have been leaving the church in record numbers.

A common question on social surveys from the Pew Research Center asks something along the lines of “What, if any, religion do you believe in?” And, unfortunately, the number of people who select “none” has been growing rapidly.

But for Lora and Azami, their decision was only temporary. 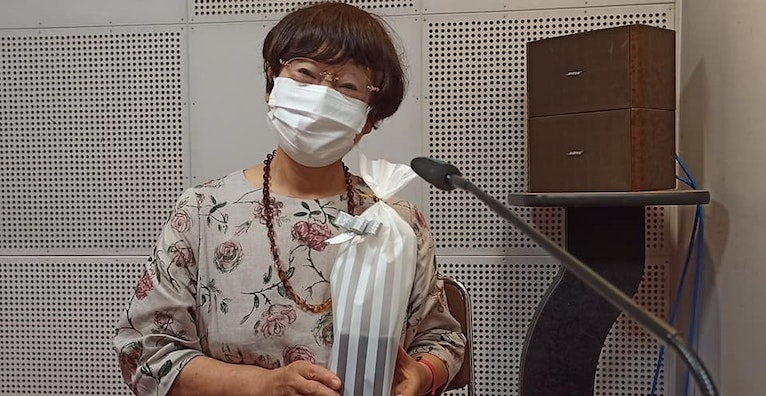 In Smilie Talk, Namiko (pictured) talks with pastors and church leaders, offering a conversation that answers common questions or dispels myths that Japanese people may believe.

In Tokyo, where Azami lives, her return to faith in Christ began with a simple memory of a voice. It was the voice of Namiko, a woman of faith who serves with ReFrame’s partners in Japan (pictured above).

With support from ReFrame, Namiko records and airs a radio program called Namiko no Hohoemi Tōku, which translates to “Smile Talk with Namiko.” On the weekly episodes, Namiko has conversations with pastors and helps listeners understand more about the Christian faith.

Azami’s memory of listening to Namiko’s program prompted her to scan through local radio stations. She became overjoyed to hear that voice again.

“Memories from being raised in the church from an early age began overflowing,” Azami said. “I couldn’t stop crying because of that nostalgic voice.”

That simple act of turning on the radio eventually led Azami back to her church.

While Lora never lost her faith, she knew she was floundering after dropping out of church.

She knew in her head that someday she should start attending church again, but she simply didn’t understand why it was important. So she stayed home and asked God to place a desire in her heart to return to church.

One episode, in particular, answered her prayer, she said.

“It was one of the programs on Groundwork that helped me understand that it was important to become a member of a church,” Lora said. “I had prayed for this understanding for years, and there it was.”

Last year, Lora took the risk to attend a worship service for the first time in more than 50 years.

“I now have my church family,” Lora said. “Thank you for sharing and teaching God’s Word.”

Send the Gospel in the New Year

Many people around the world are staying home from church just as Lora did. Whether it's because of the ongoing pandemic, persecution, or because they are losing touch with their faith.

Still, at the start of a new year, many people like Azami and Lora are looking for new ways to improve themselves, both physically and spiritually. More people are online looking for audio programs, devotions, and other web resources to improve their spiritual well-being.

Any gift to ReFrame will help these seekers find what they are looking for in the New Year. And God can use that time of goal setting and habit forming to bring more people to him.

Will you give a gift today? Click the button below to learn more.