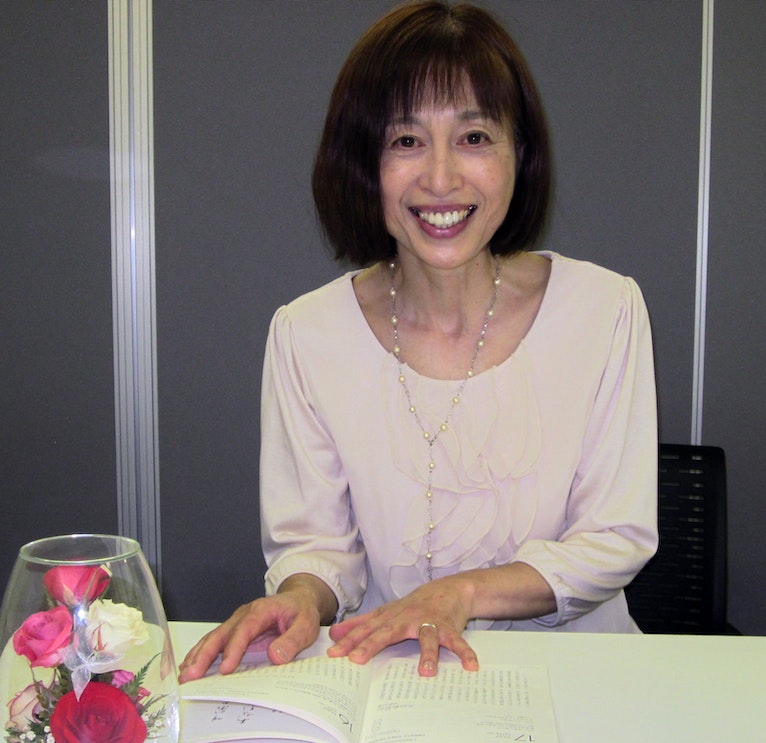 Kyoko wasn’t raised in a Christian family, but her mother sent her to kindergarten at a mission school in Japan. There she first met Jesus, but it would be years before she embraced the Christian faith.

In her 20s Kyoko met and married Maki, who was raised in a Christian home, but he left the faith during his rebellious teen years. Although neither Kyoko nor Maki were believers, Maki’s mother encouraged them to choose her church’s pastor as the traditional “go-between” for the wedding ceremony.

That interaction opened the door for Kyoko to occasionally attend church again. But it wasn’t until she went through some trouble with her sister that Kyoko opened her heart to the Lord. “I started going to a small church near our apartment and was baptized at age thirty,” she says.

A few years later they moved to Saitama, 20 miles northwest of Tokyo, and Kyoko visited a church near their new home. At church she met Namiko Kumado, producer of Back to God Ministries Japanese audio program, Namiko’s Smiling Talk.

“Namiko taught me about prayer and introduced me to several of Back to God Ministries’ discipleship audio programs,” says Kyoko. She bookmarked the programs on her cell phone and listened every day.

“The programs helped me a thousand times,” testifies Kyoko. Especially helpful was a message that encouraged her to live her faith openly and honestly.

“I learned that my prayers have to be real,” she adds. “I can’t bury my troubles. I have to share them.”

Kyoko shared her discovery with Maki. He started listening to the programs too. “We didn’t talk about it, but when he heard the opening music from his room, he tuned in. Then Maki started listening on his own Walkman.”

Eventually, Maki started forwarding the messages to his friends and occasionally attended church. God was opening his heart to faith. After Maki’s father passed away, he received a letter from his brother, who was a believer. That was the tipping point for him to commit his life to Christ and be baptized.

Kyoko and Maki are thankful to both be Christ-followers today. He has become an even more avid listener and daily shares the programs with friends and relatives through text-message links.

Every morning Kyoko starts her daily routine with Morning Word, a daily audio devotional. “It helps me focus on God’s words for the whole day,” she says. She will frequently email the messages to her friends or to her daughter and son.

Kyoko continues to pray for friends and relatives who have not claimed Christ as Savior and Lord. In fact, she prays for her whole country. “Japan is a rich country, but we do not acknowledge God. We need to proclaim God’s Word so people can find their way to Jesus. Pray for our salvation!”

Please join Koyko in praying for the people of Japan. And support the Gospel proclamation that helped bring Kyoko and her husband to faith in Christ so many more people can hear and believe.

From Skeptic to Saved