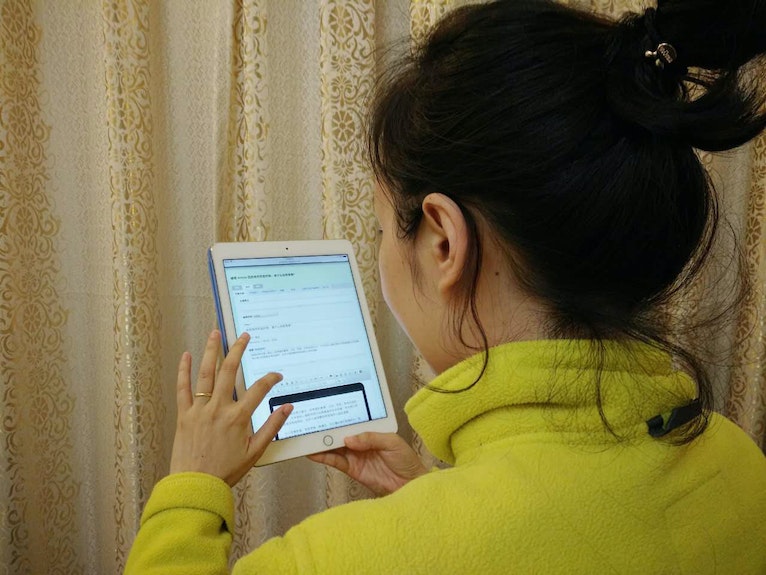 Abigail Chen*, chief editor of the ReFrame Ministries Chinese team, grew up in the church. As an adult she desired to serve the Lord in her high-profile journalism career, but it wasn’t until well into her thirties that she heard the call that transformed her life.

Chen claims she heard God’s gentle voice nudging her early in her adult life. “Give up your profession and serve me full-time.”

“Nonetheless,” Abigail says, “for me there were still a lot of unfulfilled dreams. I was not willing to let go of what I had achieved.”

At a Chinese Gospel Conference in 2011, she saw a video testimony of an elderly woman encouraging the audience to surrender their lives to Christ. The video concluded with the words from the apostle Paul: “I have finished the race, I have kept the faith.”

Moved by the video and fearful she was losing years that she could be serving the Lord, Chen recalls asking, “Lord, how do you want me to serve you?”

Later during the conference, Abigail was introduced to the idea of attending seminary. While prayerfully considering the option of leaving her full time job to follow Christ and further her education, she was offered a volunteer chief editing position for an E-magazine developed by Pastor Jerry An, currently the BTGMI Chinese team leader. She accepted, meanwhile resisting the nudge to fully give up her day job, thinking this was how she could serve God.

Time passed, and Abigail again heard God’s gentle voice saying, “Give up your life and follow Me.”

At that time Pastor Jerry An invited Chen to build a team with him to further spread the gospel through new digital media. “Although the vision was marvelous and grand,” Chen recalls, “I needed a lot of faith to catch up to it.”

“To my shock, God had cleared the path and placed people in my life to encourage me to proceed with this calling.”  Abigail quit her job and enrolled in seminary.

In 2014, the magazine Chen volunteered for was abruptly terminated due to the Chinese government’s new internet policy. That’s when Pastor Jerry began working with the BTGMI Chinese ministry team and he invited Chen to join them as Chief Editor.

“I saw how God has His plan laid out.  I did not hesitate anymore,” Chen responded.  She began her full-time career serving the Lord with BTGMI in January 2015.

Chen now hears the gentle voice saying, “Follow me! I will continue to use you!”

*Name has been changed for security purposes.

A Media Ministry in Japan

A Marriage on Fire