From the Jungles to Jesus 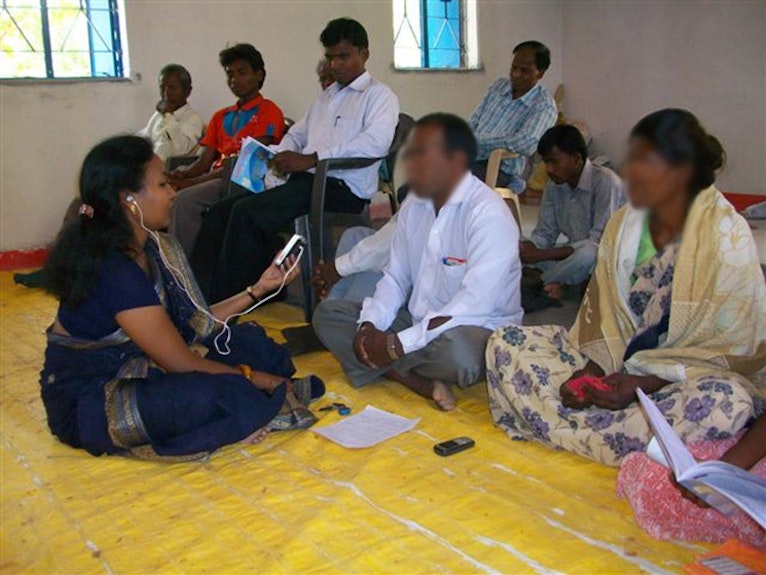 Abhay and his wife Priya* don’t hide the fact that they used to be Naxalites. The Naxalites are a guerrilla terrorist group who lived in the jungles of Jharkhand, a state in northeastern India. In a time of chronic unrest in India, the couple served as the area commanders of their battalion. As Naxalites, Abhay and Priya terrorized Christians and said, “We thought of ourselves as the sworn enemy against Christ followers.”

One day Priya heard the truth of Jesus Christ on the Hindi radio program, Mahima Ke Vachan (Words of Glory), produced by ReFrame Ministries (BTGMI) and our partner organizations in India.

As she continued to listen, Priya learned about Jesus’ birth. “I was skeptical at first,” Priya recalls. “I refused the message as a wild imagination of some unknown writer.”

“But I wanted to know more.” At great personal risk, Priya bought a Bible and began to read it.

Eventually convinced that every word in the Bible was true, Priya gave her life to Christ.

Abhay then began listening to the program and was filled with questions about the messages. He took his questions about the Christian faith to a local pastor who gave him a Bible to read and encouraged Abhay to keep listening. As he continued to hear God’s truth, his heart was transformed and he, too, submitted his life to Jesus. The couple immediately left the Naxalite group.

Today Abhay and Priya are strong witnesses for the Lord. They are members of the Mennonite church in India and they encourage others to tune in to Words of Glory. “As corruption and terrorism in this land prevails, we need the power of God more than ever before,” says our Hindi ministry leader, who adds, “Please pray for a great revival in India and Asia as a whole.”

*names have been changed for security purposes

Shakes, a Server, and Sadiq’s Voice