Shakes, a Server, and Sadiq’s Voice 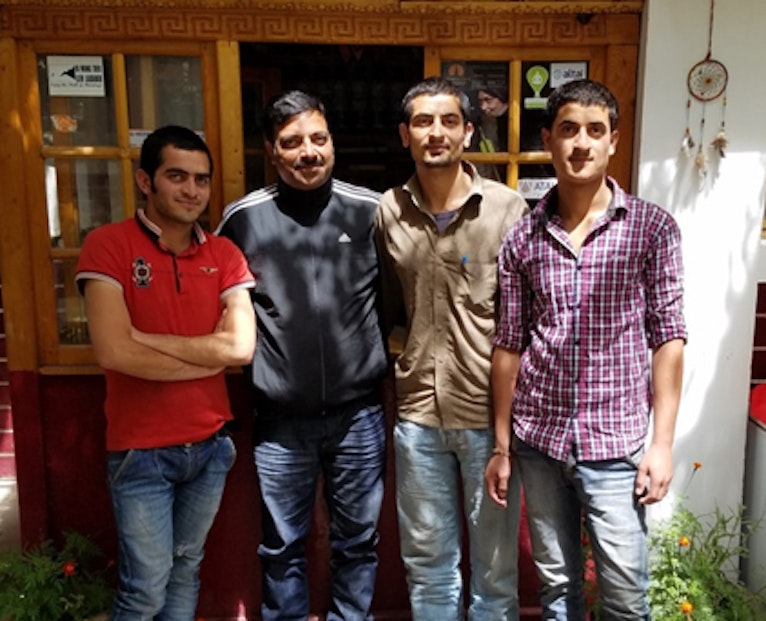 Leh, Ladakh, India, located in the northern most state of Jammu and Kashmir, is a land where culture and history are closely tied to Tibetan Buddhism. There, in a monastery café, Sadiq Masih, ReFrame Ministries Dogri-language radio program producer, unexpectedly crossed paths with a program listener. Sadiq was accompanied by BTGMI director, Rev. Kurt Selles and our India partner, Words of Hope Vice President, Lee DeYoung.

After a morning of touring the monastery, the three men sat for refreshments at the local café. Their server arrived at the table raving about the café’s signature apricot shakes. He, like many area workers, came to Ladakh from a poor village in the Sharachi area to work during the tourist season when a livable salary is more available.

The men ordered the shakes and the server proceeded to climb a nearby tree to retrieve fresh apricots.  As the server delivered the drinks to the table, Sadiq engaged in conversation with him asking, “Have you ever heard about Jesus?”

Knowing the village where the server lives is “under the power of darkness. And witch doctors rule over them,” Sadiq was pleased when the young man responded. “Yes!  I have heard about Jesus on the radio. I only know about his name, I don’t know much more about him.”

As the exchange went on, the young man realized the voice he heard over the radio, teaching about Jesus, was in fact Sadiq’s!

“We have been broadcasting there in his language for the past year,” Sadiq recalls.

What an amazing God-appointed providence that these men were at this restaurant at the right time to meet a man who needs to hear the Gospel. Sadiq plans to further the conversation and visit the young server in his village to proclaim the Good News.

Praise God for this meeting! Pray for this young man as he searches for the Truth in Jesus.

From the Jungles to Jesus

A Heritage of Missions