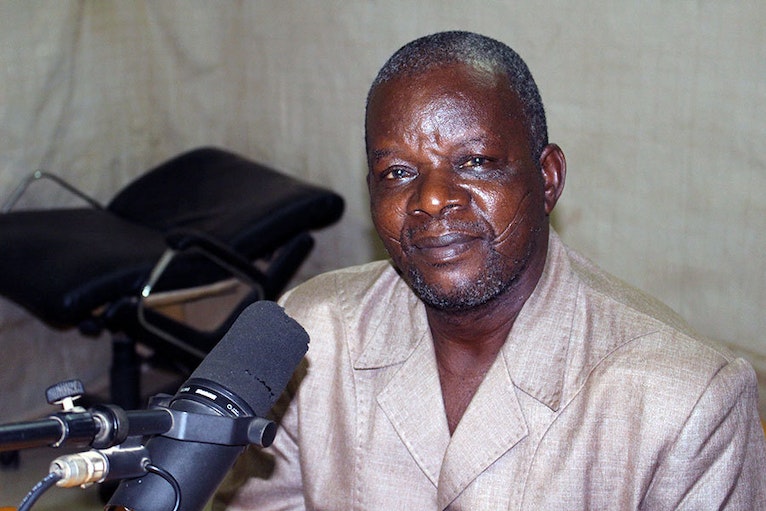 ReFrame Ministries (BTGMI) is pleased to announce the appointment of Rabo Godi as coordinator of its French ministry outreach in Niger. In partnership with Words of Hope and the Evangelical Church of Niger (EERN), BTGMI will employ Mr. Godi’s gift of proclaiming the Gospel through radio broadcast in Niger. Issaka Moussa, secretary of global partnerships for the EERN, affirms Godi’s new role sharing, “I have known him for twenty years. Sharing the Gospel is his passion.”

Godi, born into a Muslim family, was introduced to the Christian faith while working as a store manager in Niger.  He was given a New Testament and invited to attend a youth meeting at the home of a local pastor. Godi attended the meeting and there accepted Christ as his Savior.

Prior to accepting the role with BTGMI, Godi served ten years as the chairman of the Consistory of the International Evangelical Church in Niamey, and volunteered as interim pastor at his local church for seven years. He has preached on radio and television for more than 20 years and established his own radio station to proclaim the Gospel.

BTGMI has been praying about expanding ministry in Niger with the EERN, where the population is more than 90% Muslim. Since the publicized persecution of Christians in Niger in 2015, the religious tension has improved, opening the doors for evangelism. Secretary Moussa confirms the need for ministry there saying, “This is the best moment to do this, the time is right for evangelism. Harder times may be coming.”

Although it is currently illegal to have a faith-based radio station in Niger, stations are not prohibited from broadcasting religious programs. Though challenges may lie ahead, BTGMI and the EERN are taking advantage of this moment of freedom to spread the Gospel. As this new opportunity takes shape, Moussa asks for prayers that this new partnership is used for the Glory of the Lord. He exclaims, “Pray without ceasing!”