Finding the Faithful in Australia 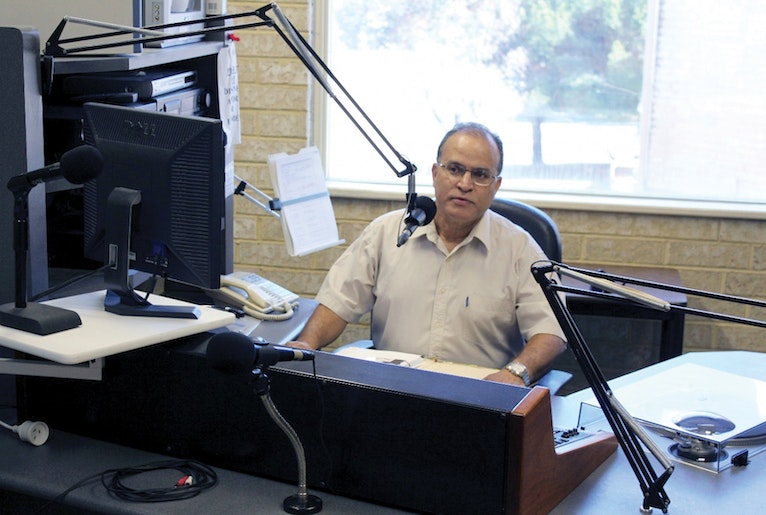 Australia is a strongly secular country which many characterize as “losing the faith.” According to the Australian Bureau of Statistics, one in five people claim to have no religious affiliation—a number that has been increasing by 4% per decade since 1971.

One Portuguese radio pastor living in Greater Perth is seeking to reverse that trend.

In an effort to strengthen the Christian faith in Australia, Rev. Julio Marcelo Ferreira Dos Santos works in partnership with Back to God Ministries Portuguese outreach to broadcast our Cada Dia radio program. For 12 years he has been working hard to find creative ways to share the Gospel in his country.

Dos Santos laments about the movement away from the Christian faith in his country: “Churches are closed every week, temples sold and turned into residential homes, restaurants and night clubs.” Though statistics reveal a bleak outlook, he is encouraged by the many testimonies he receives from listeners. One writes, “When the Cada Dia program starts, it seems that God enters my house and fills me with peace.”

Through hospital visits, telephone calls to Portuguese-speaking people in the area, and direct advertising on Facebook, the pastor seeks to introduce his radio ministry. He is encouraged to learn that many have already heard about the program.

Once his ministry team hears of someone who is a new listener they “always try to maintain contact,” he says.

"God changed my life through this program and ministry," one listener told him.

As Dos Santos continues to broadcast Cada Dia and work on new radio programs, we pray along with him that new people will be reached with the transformative message of the Gospel through his partnership with Back to God’s Portuguese ministry.

From Under the Covers to Turning the Pages