Doing What God Prepared Him to Do 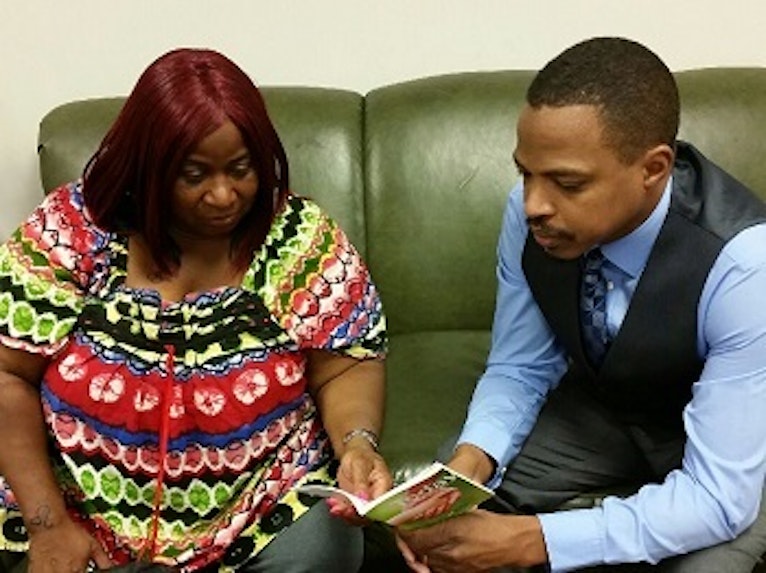 Jei Wilson has been a member of Roseland Christian Ministries in Chicago, IL for nearly 30 years. It all started when his mom, Irene Wilson, ordered the Today devotional, after learning about it from the Back to God Hour radio program.

“When I was younger we were always a believing family. My mom faithfully studied her Bible, but we didn’t feel the need to belong to a church,” Jei remembers. “But once she found the Today, she wanted to find a church associated with it. She liked the way it spoke plain English and was true to what the Bible said.”

Back to God Ministries staff directed the family to Roseland Christian Ministries, a church in their neighborhood. Jei was 18 at the time, and admits his mom had to cajole him into going to church. “I was working nights, so it took a bit for me to want to go.”

Jei was glad he did. Rev. Tony Van Zanten, pastor at that time, soon discovered Jei’s love for music and pointed him to a set of drums “that was just collecting dust,” Jei says. “I played along with Mrs. Van who liked traditional music, and Miss Williams whose style had a more bluesy feel.”

Jei has been committed to the church’s ministry since then, serving as a deacon and then an elder. Even when he married and moved to Arlington Heights, IL, Jei and his family continued to travel to Roseland for worship.

At age 46, Jei has recently been appointed Director of Ministries and Development for Roseland Christian Ministries, leaving behind a successful career in Information Technology. His responsibilities include overseeing the housing ministry, woman's shelter, thrift store, and food pantry. He’s also been encouraged to look into studying in order to be licensed to preach. “I’ve been asked several times to fill in for [Pastor] Joe Huizenga when he can’t be here to preach,” says Jei.

He is thankful his mom received that first Today devotional. Jei clearly sees God’s hand in leading him to this point. “I’m where I’m supposed to be, doing what God prepared me to do.”

Incidentally Jei, along with the staff and volunteers who work with him at the neighborhood food pantry, distribute Today devotionals to those who come to the church for assistance and encouragement.