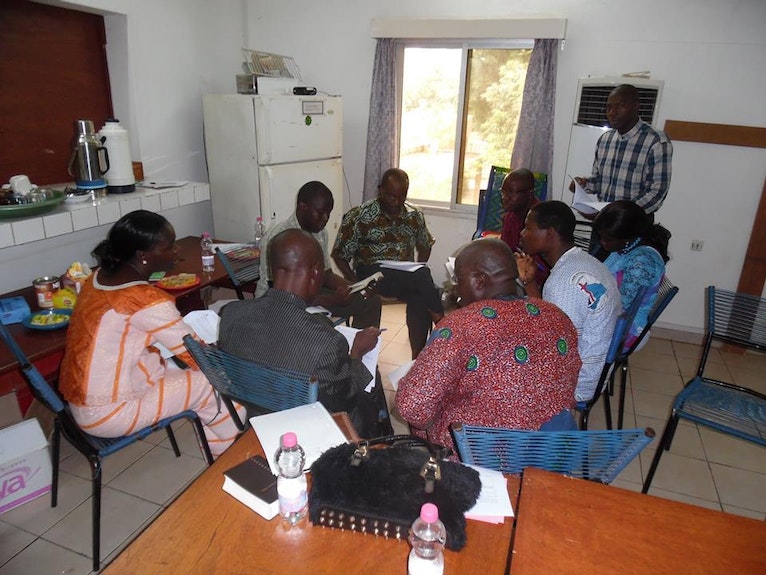 “I inform you that a coup is underway in Burkina,” Nabie reported to BTGMI director Rev. Kurt Selles. “We are confined to our homes. The rebels are on the street to try to prevent the population from protesting.”

The BBC confirms that presidential guard officers in Burkina Faso have seized power, with reports of more than 10 deaths amid protests in Ouagadougou. Members of the presidential guard, set up by exiled President Blaise Compaore, say they were unhappy with the new electoral law banning candidates linked to last year's bid to extend the president's time in office. It was that attempt which triggered Compaore’s October 2014 overthrow in a popular uprising.

“This coup leaves a very bitter taste in the mouth of most of the people,” says Nabie. “It is almost impossible that these rebels settle the matter peacefully. Unrest is [likely] and major upheavals are possible. Or even civil war, if the situation is not resolved in a timely manner.”

Nabie asks prayers for his staff and family, and for the people of Burkina Faso. Life is hard for many in Burkina Faso, one of the world's poorest countries. Many university graduates struggle to find work and often blame corruption for their difficulties. People were hoping that the transition and a democratic election would lead to improvements, so the coup is a set-back for them.

“Our hearts go out to the people of Burkina Faso,” says Selles. “This is especially disappointing in light of the positive ministry that was just starting to take hold in the country.”

Starting just a few months ago, BTGMI has partnered with Timothy Leadership Training Institute (TLTI) in a pilot series of Bible studies and radio broadcasts called Choosing Good Leaders. The focus is primarily on how to choose church leaders, but the last lesson looks at choosing leaders in the political arena from a Christian perspective. Local radio stations reported that the programs were receiving positive feedback, and were being repeated in many locations leading up to the election.

More than 50 churches and 200 participants have completed the initial Bible study. BTGMI is working with TLTI to produce a 52-week follow-up study called “I Belong to God.”

Nabie states, “Choosing Good Leaders is responding to a very intense need. Pray that these broadcasts will continue to shape lives by the Gospel.”

Selles adds, “We also ask for your prayers for peace in this region and that ministry will be able to continue.”

Led By My Heart: The Legacy of Ruth Baas