A New Heritage of Faith 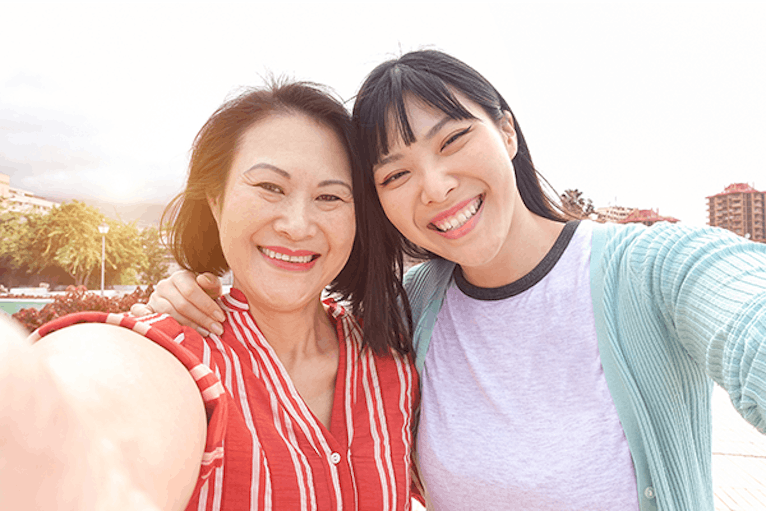 Every year, the already-crowded subway stations, buses, and airports across China become even more bustling—millions of people are traveling home for Chinese New Year celebrations.

In 2018, ReFrame Ministries’s Chinese ministry team realized that this time of family celebration also provided a great opportunity for Christians to talk about their faith with other generations.

Using WeChat—the most popular social network in China—the ministry team challenged young people to ask their Christian parents or loved ones to share their testimonies and submit a written version to the ministry team. The best essays would be published in a new book of testimonies to encourage Chinese-speaking Christians.

Li was one of nearly 150 people to submit a story after the New Year celebration. Fittingly, the story she shared of her mother and grandmother’s faith took place on a previous holiday break.

In her university days, Li remembers feeling more anxious than excited when she traveled home for the holidays. The arguments between her mother and grandmother made her dread going home.

“Growing up, there were major fights every week and little ones every day,” Li says.

The quarreling began when Li’s mother decided to explore the Christian faith.

Li’s grandmother made it clear that she did not want anyone in the family going to church.

“Instead, we would gather in my parents’ room to sing, pray, and share those things in our lives that deserved giving thanks for,” remembers Li.

But when Li walked through the door at the start of her holiday break, she almost couldn’t believe her eyes. She saw her mother and grandmother joking and laughing together.

Li’s mother shared that she had chosen to put her faith into action—deciding to show love and forgiveness toward Li’s grandmother instead of arguing about faith. These actions didn’t just encourage and surprise Li, they softened her grandmother’s heart as well.

“For the first time, I really understood what it meant for a family to be ‘happy’,” Li says.

During that break, Li saw more change in her family. Where there had been abuse and attacks, now there was love and forgiveness.

“Not long after returning to school that year, my mother called me on the phone and told me that grandmother had also believed in the Lord,” Li says.

Li’s story won second prize in BTGMI’s essay competition. Pray that her published story will encourage others to not only talk about their faith stories with other generations—especially during Chinese New Year, which will be celebrated January 25 next year.