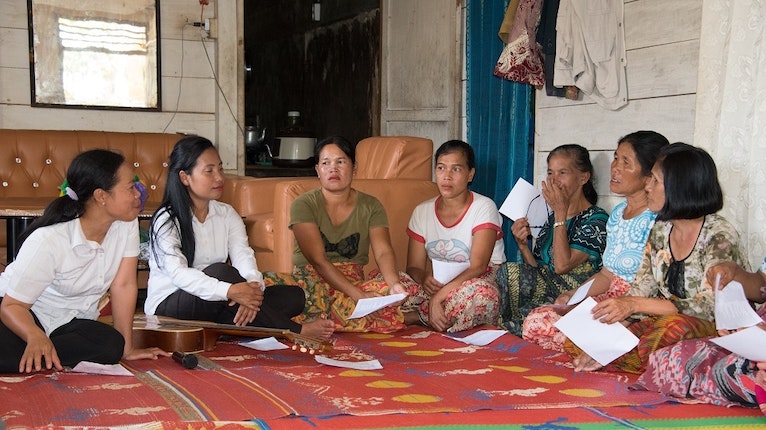 Several years ago near Sumatra, Indonesia, a Muslim woman named Dewi committed to marry a Christian man. She decided to learn more about his faith, and by the time their wedding came, she was ready to enter a Christian marriage and leave Islam.

Soon into their marriage, however, Dewi's husband stopped attending church. While she continued to attend, Dewi began to feel less welcome. As a new Christian, she felt that others in her church were judging her for coming alone.

"Whether this was the actual situation [that she was less welcome] at the church or not, we aren't exactly sure," said Daniel Budilaksomo, a member of ReFrame's Indonesian partner ministry.

Dewi began listening to ReFrame Ministries programs online and watching some of their online videos. The Bible lessons helped her grow in faith, and she eventually reached out to the team about her struggles at church and at home.

"We began to wrestle with her situation, and at the end of 2021 we had an answer," said Budilaksomo.

In Dec. 2021, Dewi met with Delima, a member of ReFrame’s Indonesian ministry team (pictured in center, above). She and other team members were visiting in Dewi’s area, looking for new communities to share their programs with and to begin new listener communities. ReFrame's partners have about 30 such communities established, inviting people to worship in areas where there is no church, or providing an alternative for seekers who aren't ready to attend an established church.

A member of a nearby community was willing to share his home as a place to meet, and Dewi was eager to have a new place to gather with others for worship, instead of at her husband's former church.

Budilaksomo added, "Pray that through our ministry, Dewi will grow and know the Lord Jesus and she can help lead her husband back to Christ."

God of the … Ellipses