A Faith Under Fire 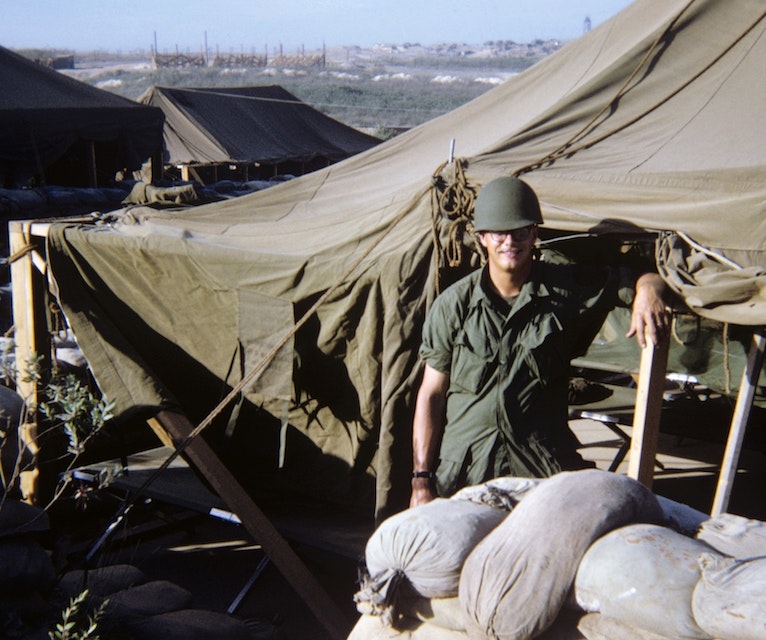 Irene Navis ate several meals from a different table this summer. A giant map of 1967 Vietnam spread across her dining room table didn’t leave much room for food.

Irene has been spending countless hours retracing the year that her husband, John, who died in September 2018, spent in the Vietnam War. Using John’s letters, pictures, and postcards, she carefully pinpointed locations on her map and recorded a detailed timeline. She has also been typing each of John’s 100-plus letters to preserve them for her children.

As Irene re-read each letter, some on scraps of paper and others 20 full pages, she uncovered a story of God’s faithfulness—one in which ReFrame Ministries played a part.

“I began seeing these letters as a man’s faith walk—a faith under fire,” Irene said. “He was tested severely in Vietnam, but he stayed faithful to God during that time.”

Three letters in particular marked a turning point for John. First, John sent a letter filled with discouragement and despair.

“I don’t care anymore what happens,” John wrote. “I can’t see wasting my time, effort, or energy on something that destroys my joys, hopes, honesty, and beliefs.”

But John wrote a second letter later that day. Filled with words like “shalom” and “reawaken,” John clearly had experienced a transformation. In the letter, John attributes this change of heart to a transcribed sermon from Joel Nederhood recorded for The Back to God Hour radio program. The sermon, sent in a monthly devotional pamphlet, reflected on Lamentations 3. 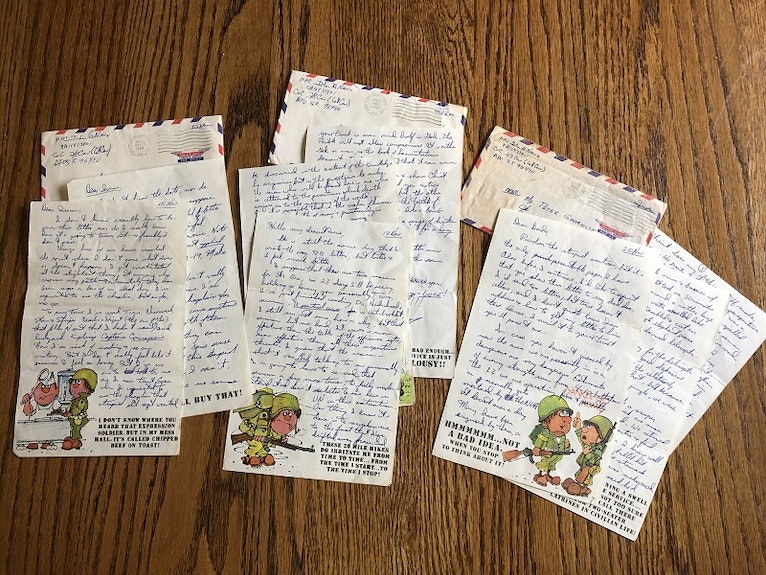 “God was talking to me personally (through the sermon),” John wrote in a letter to his wife. “Now I’m mentally singing, ‘I’ve wandered far away from God, now I’m coming home.’”

Little did John know the sermon had prepared him for another challenge. Just two days later, John and his company were ambushed by snipers, who ultimately killed a soldier John knew well. John’s next letter again illustrated his renewed strength.

“Because I read that sermon, because I am (God’s), I grieve at the man’s death, but I’m not downcast. I can and do go on,” John wrote. He added that he was praying for the courage to share the message with fellow soldiers “so that they too may feel the joy and peace I feel in spite of the attacks of mortars and snipers.”

Sometimes stories like John’s—stories of God’s work—don't reveal themselves until decades later. Yet we know God is at work around the world through the ministries of the Christian Reformed Church. As we commemorate Veteran’s Day and Remembrance Day this November, may this story remind us of God’s faithfulness despite the trauma of war, just as John experienced.

“After John returned from Vietnam, he rarely talked about his time there,” Irene said. “I hesitated to share this story of God intervening at exactly the right time and the Holy Spirit’s movement throughout the church.”

Being the Church in Paterson

Providing for the Physical and Spiritual Needs in India