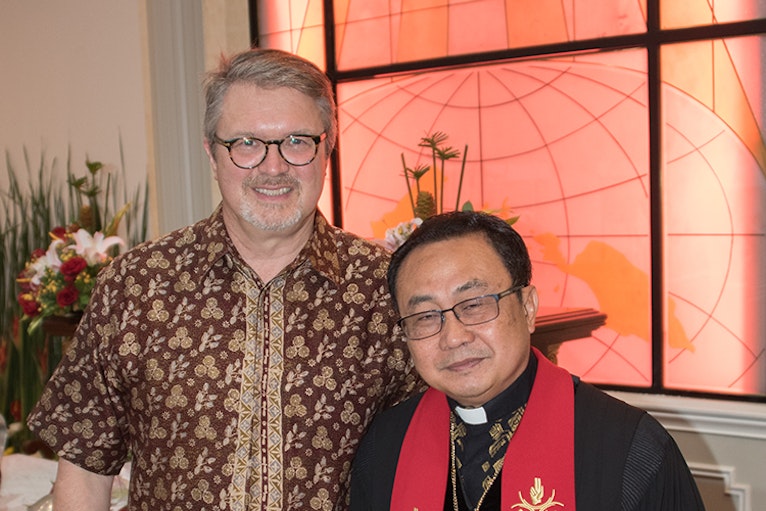 At the beginning of 2020, Rev. Arliyanus Larosa celebrated his installation as ReFrame Ministries's Indonesian ministry leader.

“When I visited Rev. Larosa for the installation service, I could see that he was indeed a perfect fit for driving the ministry forward,” says Kurt Selles, BTGMI’s director. “And now, during COVID-19, I am even more confident of that fact as I see how he is using internet programs to share God's Good News.”

Kurt's confidence in Larosa comes as a result of Larosa’s initiatives to bring the ministry forward from radio to social media-based programs. These new programs have been especially effective while Indonesia also battles COVID-19.

“Radio outreach remains an important tool in Indonesia, but the internet and social media are becoming the most important channel here just as they are elsewhere in the world,” says Larosa. “We’ve started new programs using social media, especially short video content on YouTube.”

Larosa adds that social media can be both a “blessing and a curse.”

“Some people are using it to spread divisive messages of radical Islam,” says Larosa. “We believe that the best way to counteract that is to use the same social media to proclaim the Gospel and God’s love.”

Preparing for The New Role

Larosa says he has long been passionate about media ministry.

“I went to seminary with the goal of becoming a radio pastor. Through my time in seminary, I felt called to serve a local church in the city where I grew up. But I did continue doing radio work as well.”

Eventually, Larosa was appointed as General Secretary of the GKI church, BTGMI’s local ministry partner in Indonesia. He was then asked to serve as BTGMI’s interim ministry leader in 2019.

“I had no expectation that I would become the permanent leader of the ministry, but God had other plans,” Larosa said. “It’s been many years since I enrolled in seminary, but I am finally working full-time in media ministry!”

Larosa lives in Indonesia’s capital Jakarta with his wife, Esther May. Together, they have three children in their early twenties.

“Please pray that Indonesian churches will come together to support this work of media ministry,” Larosa asks.