The Journey Continues: Equipping the Global Church through Media and Seminary Training 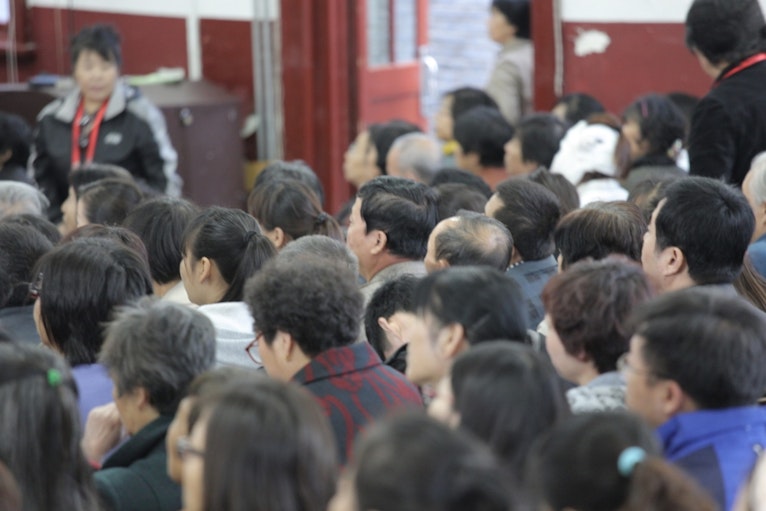 Dawei Lin’s* journey to faith eventually led him from his home in China to Calvin Seminary in Grand Rapids, Mich. Since then, God has continued working in Lin’s life to prepare him to return to China and work with the new media outreach of ReFrame Ministries (BTGMI).

“Our goal has been to find indigenous Chinese writers who can speak authentically into the culture in China,” explained BTGMI Chinese ministry leader, Jerry An. “Dawei has taken on the responsibilities of editor for the Chinese Today.”

The Chinese Today, which celebrates 30 years of ministry this year, has been primarily translations of the English versions of the Today devotional.

“Under Dawei’s leadership, we will continue to translate some English devotionals to maintain the rich heritage of the CRC as we continue to grow and strengthen the church in China,” An added, “but we will also recruit more Chinese authors to write the devotions.”

Chinese Today is available in audio form, on a ministry app, through social media, and by email subscription. Lin also helped edit and produce Be Thou My Wisdom, a 30th anniversary printed collection of Today devotional content.

Jerry explained,“Today is a source of instruction for many pastors in China.”

Long before Dawei had heard of BTGMI and the Christian Reformed Church (CRC), he had been serving as a church planter for believers in their 20s and 30s. In that ministry, he used the Chinese Today to disciple new believers. During this time, Dawei became convicted that he needed more training to serve this young church. That’s when God led him to Calvin Seminary in 2013.

Soon after coming to Calvin, Dawei met Rev. Jimmy Lin (no relation), Chinese ministry leader for BTGMI at the time. Rev. Lin recognized Dawei’s gifts and asked him to contribute to the Chinese Today as an intern. Dawei’s wife, Meilin,* also helped translate the Today devotional for the Chinese ministry.

The relationship between the Lins and BTGMI continued to grow. After his graduation from Calvin Seminary, Dawei Lin was sure of his calling: return to China to teach the Reformed faith in a local seminary and help believers grow in faith through BTGMI new media resources.

“I have experienced God’s providence, and His hand on my life,” testified Lin. “Through the entire process, God affirmed his will to lead me for future ministry.”

This story is part of a larger article that shares various ways the CRC is equipping the global church. Read the entire story here.