Silent Listener Comes Back to Christ 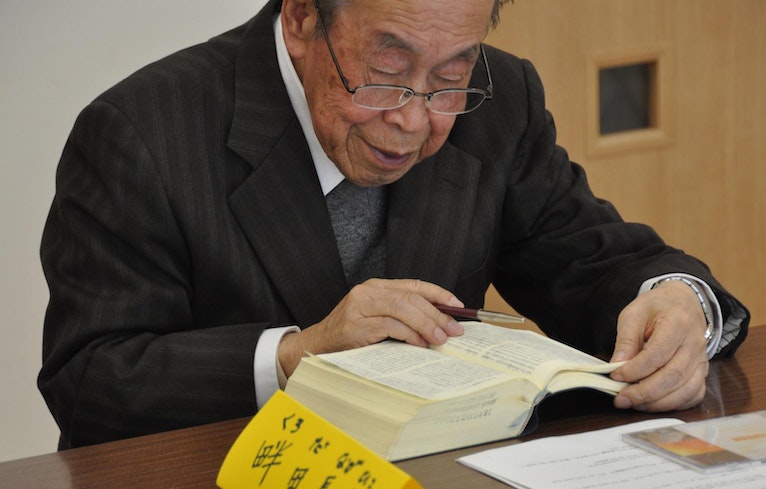 Mr. Nagahiko Kuroda was baptized when he was very young. But he soon fell away from church life and stayed away for most of his life. In Northern Japan, it is very difficult to remain active in church because of strong opposition from relatives or colleagues.

Now, in his 80s, Nagahiko first learned about Jesus many years ago through his older brother, who was a Christian. Even though he stopped going to church, Nagahiko continued to listen to Back to God Ministries Japanese broadcast over FEBC. “My only source of Christian life came from the radio,” he told BTGMI Japanese ministry leader Rev. Masao Yamashita.

Nagahiko sent a letter to BTGMI Japanese staff in November, 1990, saying he was listening. Between then and 2004 he contacted the staff at least 20 times. “Then we lost contact with him,” says Rev. Yamashita.

However, Nagahiko had picked up the broadcast on the Internet and continued to listen.

Then, suddenly, in the beginning of 2015, he showed up at the worship services of Sendai Reformed Church, still staying in the background. He continued to attend Sunday worship. That’s how he learned about the March 21 Discovery Bible Study at Sendai church, sponsored by BTGMI Japanese ministry and its partner Christian Reformed World Missions.

He attended the Bible study, where he says he was blessed by God’s Word and Christian fellowship. He also attended the special commemorative concert at the church the following afternoon. Each year since the March 2011 tsunami that devastated much of the Sendai region, BTGMI has sponsored a concert to bring healing and hope to people in the region.

“As my life is coming near the end, I have repented and returned to the Lord,” Kuroda told Rev. Yamashita. “Now I found rest and peace.”

Thanks to your support, we have been able to continue bringing the Gospel to Mr. Kuroda all these years. Praise God he is back in church, and in his final years has found peace with God.

A Little Bit of Coffee and a Whole Lot of Jesus

From Hiding Place to Mountain Top