Making the Most of Extra Time at Home 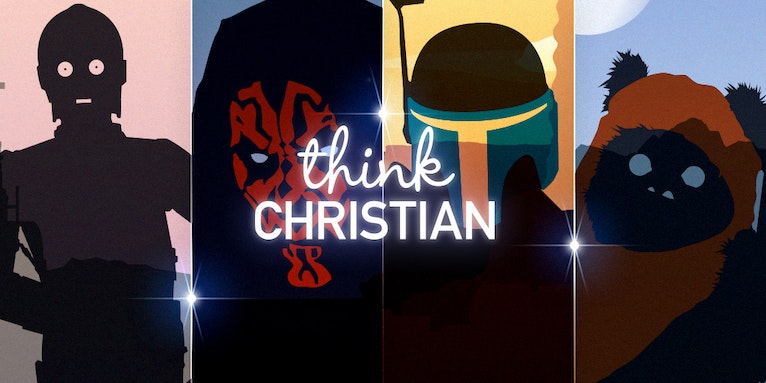 Like many families that are under stay-at-home orders due to COVID-19, the Lewis family has spent extra time in front of their television. But for them, this quickly doubled as a way to discuss God’s Word and their faith.

Knowing they would have extra time in their Maryland home, the family decided to watch every full-length Star Wars film shortly into their time spent social distancing.

“We like to say we raised our kids right because they’re both geeks,” Robert laughed. “We saw that Think Christian had a new ebook with resources so we decided to re-watch the films and have conversations after each film guided by the ebook.”

Think Christian, a pop culture website and podcast from our English ministry—ReFrame Media—first published A Theology of Star Wars ebook in 2015. In early 2020, Think Christian updated the book to include reflections on the franchise’s newest films.

In one of the Theology of Star Wars articles, the author points out the Christ-like, grace-filled qualities of creatures called Ewoks. This became a meaningful point of conversation for the Lewis family.

“Like a lot of Star Wars fans, our family has our problems with the Ewoks,” Robert says, “but Think Christian helped us think of them in a way that we never had before.”

Robert and his family have continued their movie nights even after Star Wars, and they continue to use Think Christian among other resources to guide their discussion. A pastor of a two point parish that includes St. Paul’s Lutheran and Mount Tabor Lutheran churches, Robert has also shared some of the articles with members of his churches to encourage them during their time of remote worship.

“That way we can enjoy our time together without being fully focused on the movie,” says Robert. “And we can throw out discussion points while it plays.”

"Think Christian helped us think of the Ewoks in a way that we never had before."

Watching Together While Social Distancing

On April 17, Think Christian hosted a virtual watch party to make space for similar conversations to what the Lewis family is doing. Josh Larsen, Think Christian editor, along with a few other regular contributors watched and provided live commentary to a Spider-Man film.

Participants were then invited to discuss various themes related to the movie, including the idea of calling (especially for people of faith), what mentoring looks like for Christians, and how something like costume design can evoke a theological concept such as sanctification.

“The watch party was a great time of community, especially during this time of social isolation,” Josh said. “Our conversation after the movie was especially rich, and a nice chance for listeners of the TC podcast to meet and interact with the voices they hear on the show.”

Josh hopes to host another watch party in the near future, perhaps with a Star Wars film.

If you’re interested in hosting similar discussions or simply want to find a Christian perspective on a popular film, television show, or music that you enjoy, you can find all of the Think Christian articles and podcasts at thinkchristian.net.