Living Out our Faith in Burkina Faso 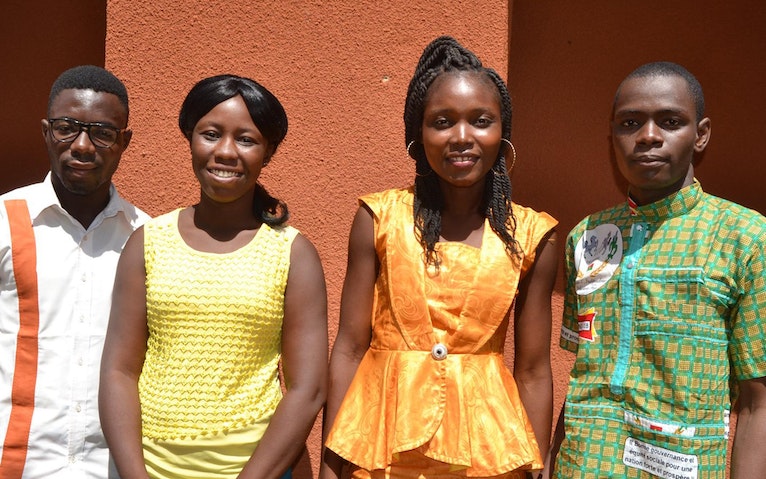 As a teenager living in Burkina Faso, West Africa, Djibril was regularly accessing pornography on his smartphone. The sense of guilt he felt for doing so was becoming overwhelming.

Even though Djibril felt guilty about watching pornography, he never stopped using his phone.

One day, Djibril came across a website that offered advice for people like him who were struggling with lust and pornography addiction. The program was part of a youth-centered audio series from ReFrame Ministries’s French ministry team.

“We gathered 15 youth volunteers who wanted to share messages with their peers,” said Marc Nabie, our French ministry coordinator in Burkina Faso. “Many of the volunteers have struggled with the same issues that they were now discussing.”

Djibril comes from a Muslim background. When he heard the honest words from someone his age who had struggled with the same issue he was now facing, he felt compelled to call the Christian ministry center that produced this message, even though it was from outside his religion.

“I realized through listening that other young people are facing the same problem as me, but also that there is a solution in Christ,” Djibril told Nabie.

After that initial call, Nabie connected Djibril with a volunteer who lived in Djibril’s region. The volunteer was willing to answer Djbril’s questions about overcoming temptation and about the Christian faith. In Djbril’s case, his parents accepted the offer of having Djibril meet with a volunteer and allowed him to do so.

Several months later, Nabie was scrolling through his own Facebook feed when he saw something that made him smile. It was a message posted by Djibril to all his friends professing his faith in Christ. Djibril had realized that his phone could be a tool for God’s kingdom.

If you want to join us in helping more people like Djibril discover God's Word on the media tools they are already using, please consider making a donation.

Providing for the Physical and Spiritual Needs in India

Video: A Christmas Carol From Japan